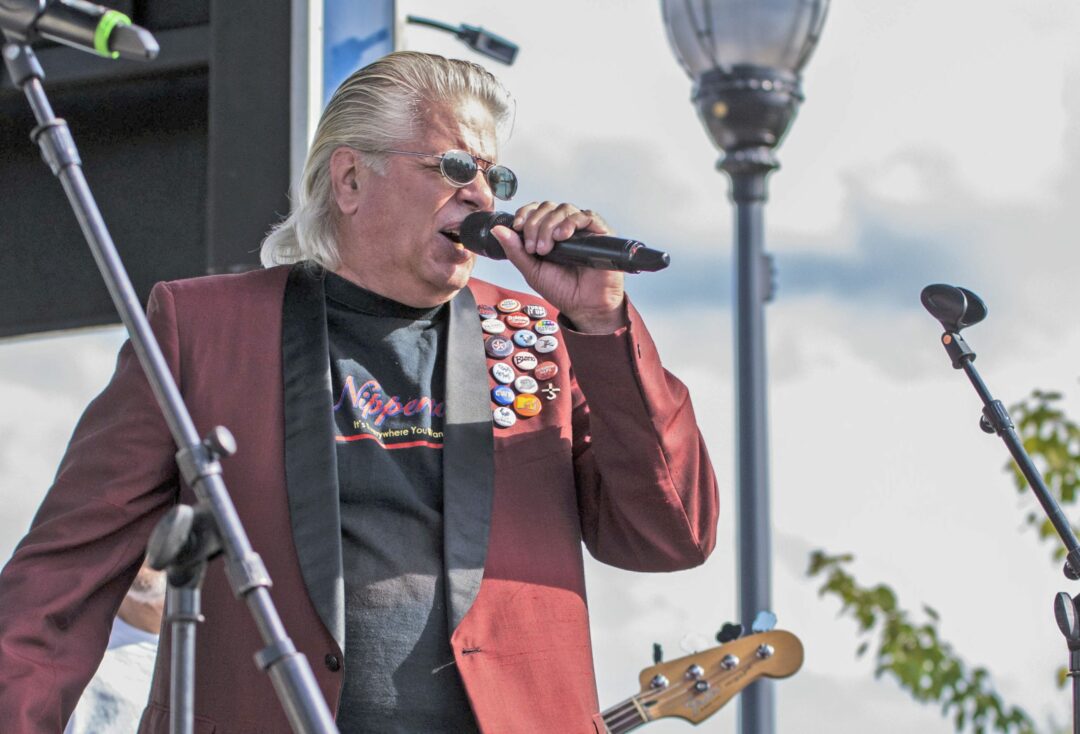 The measure of a man is judged by the number of people he touched along the way.

“It’s amazing,” said Michael Eck, an adjective most people attribute to a spectacular feat that inspires amusement. However, that’s not what he meant.

The musician and wordsmith, who has penned songs and earned bylines on the pages of the Albany Times Union, was responding to news anyone else would describe as stunning, staggering, shocking, disconcerting.

“It’s amazing, the hole that’s going to be left behind in the arts community,” he said of his friend.

However, It is amazing. To consider the depth in which one man’s impact has had on a community, Haymes “touched so many people,” said Eck. “He had a hand in all of it — his generosity. He gave and gave and gave.”

On the following day, Jocelyn and Chris Arndt posted a tribute video on Facebook. Chris plays an acoustic guitar while his sister sings a melodic rendition of “I Wanna Be a Lifeguard.” She sweetly echos the words Haymes first sang as lead singer to Blotto in 1981. The campy song was picked up by a radio disc jockey in New York City, and the video made its way onto the maiden broadcast of MTV.

“When I met him through a mutual friend, I was starstruck,” said Greg Bell, of Guthrie Bell Productions. “He was one of the coolest people who I had ever met. He was talented, funny, friendly and handsome. His smile would light up a room and he had a wonderful laugh. We became close friends from that moment on.”

the University at Albany with the band the Star Spangled Washboard Band. It garnered local success after landing a residency at, of all places, Gaslight Village playing daily shows to Lake George’s summer crowds. Ultimately, the group disbanded. Haymes and some of his bandmates later formed Blotto.

“As a musician, he never failed to entertain. As a friend, he was always there if I needed him,” said Bell. He credits Haymes for introducing him to the local music scene. And, as Haymes moved on to contribute news and reviews with Metroland, Bell said he would give his shows an extra push for help. “As far as I am concerned, there would not have been a music scene in the Capital District without him. I am pretty certain that there would be no Guthrie/Bell Productions without his influence.”

Haymes wrote reviews for Albany’s alternative weekly under his stage name, Sarge Blotto. For years, he’d cover a full array of events, from punk rock to opera. Nothing was out of his wheelhouse. He would later earn bylines with the Albany Times Union before starting out with his own online blog Nippertown in 2008. He was ever present, from concert events to open mic nights.

“Sarge was a champion of creativity in all of its forms,” said Paul Rapp, Blotto bandmate, and fellow Metroland columnist, “and his entire life was spent in pursuit of art and beauty.

I’ll miss him every day.”

Haymes’ death comes within a month of another tragic loss within the local community, that of Caroline “Motherjudge” Isachsen. Earlier, she had announced that she had terminal pancreatic cancer. Haymes performed with the Ramblin Jug Stompers at a fundraiser for her benefit held at McGeary’s.

“He was a supporter of the arts,” said Tess Collins, owner of McGeary’s. “You would see him at plays, art galleries and exhibits. He nurtured people with quiet support. He would always show up.”

Haymes performed with Eck at the fundraiser, despite that it was his birthday, and ignoring that he had felt under the weather. The night was a who’s who of the local music scene. Isachsen, who could not attend, died days later. A few days afterwards, Haymes was diagnosed with stage 4 cancer, which spread from his lungs to his thyroid, kidneys and brain.

Haymes continued to regularly update Nippertown with news of upcoming shows and noted anniversaries. On April 2, he and his wife Sara Ayers reached out to Nippertown contributors to share his news. He and his wife had previously made plans to step aside from the blog after its 10th anniversary this May, but he hinted of an escalated situation.

Haymes died less than two weeks later. Ayers posted a thank you to readers and advertisers that night on Nippertown.

“Thank you for 9 years, 10 months and 15 days of sharing and highlighting the arts of greater Nippertown,” stated Ayers. She accompanied the post with three videos: Tom Waits’ “Somewhere,” Marshall Crenshaw’s “Somewhere Down the Line,” and Tom Jones’ “Somewhere Over the Rainbow.” “See you down the line, or over the rainbow.”

In the years that have since followed “I Wanna Be a Lifeguard,” the Capital District’s music scene has blossomed. Just four days after Haymes passed away, Proctors hosted the Capital Region Thomas Edison Music Awards. The storied theater was filled with players, supporters, purveyors and patrons of the local arts in a setting reminiscent of the Grammy Awards. Several of them shared stories of Haymes during the pre-show party. Nippertown earned the award for Arts Publication of the Year. WMHT’s Chris Wienk, who had shared on social media how Haymes helped advise him as the station launched, thanked him as he walked with the Radio DJ of the Year award. The

Daily Gazzette’s Michael Hochanadel, while at the podium to accept the Music Journalist of the Year, suggested renaming the awards to The Greg’s. Individual accolades continued to be celebrated, but a fitting tribute was paid to both Haymes and Isachsen. A scene gave thanks to two of its longest serving champions, as they mourned the loss of open mics, intimate performances and their insight. Eck, who was also in attendance, said he’ll miss, “everything.”

Born Gregory Charles Haymes on March 3, 1951, in Buffalo, Haymes was the son of Charles Haymes of Covington, Louisiana, and the late Lynn Haymes. Haymes graduated from Kenmore West High School in suburban Buffalo and the University at Albany.

In addition to Ayers and his father, Haymes is survived by his sister, Yvonne Haymes of Covington.

Contributions may be made in Haymes’ name to the Mohawk Hudson Humane Society, 3 Oakland Ave, Menands, New York 12204.

Town of Colonie teens step up for vets (W/photo gallery)