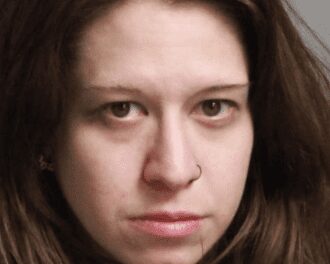 COLONIE — An inmate at the Albany County jail was charged with possession of drugs and Sheriff Craig Apple said it was a strain of heroin known as “grey death.”

Kirsten Garner, 29, of Albany, was in jail for charges out of Colonie. She allegedly had several bags of heroin and a bag of marijuana in her possession.

The heroin, a potentially deadly mix of the opioid and fentanyl, was responsible for an inmate overdose death in December, 2018.

Investigators with the Sheriff’s Department will send the drug to the New York State Police lab for further testing to see if it matches the heroin from the overdose,” Apple said.

Garner is charged with the felony of promoting prison contraband as well as the misdemeanor of criminal possession of controlled substance and the violation of unlawful possession of marijuana.

She was arraigned in Colonie Town Court and remanded back to the Albany County jail with no bail.

Grey death is a relatively new phenomenon and has a broad mixture of ingredients depending on who is mixing what batch. Common threads, though, are its potency and its grey color.

The broad category of grey death is responsible for more and more deaths as officials struggle to get a grip on a spike in heroin use — and all the ramifications that come along with it including death — that is sweeping the country.

LETTER to the EDITOR: ‘Paved Paradise and Put up a Parking Lot…’