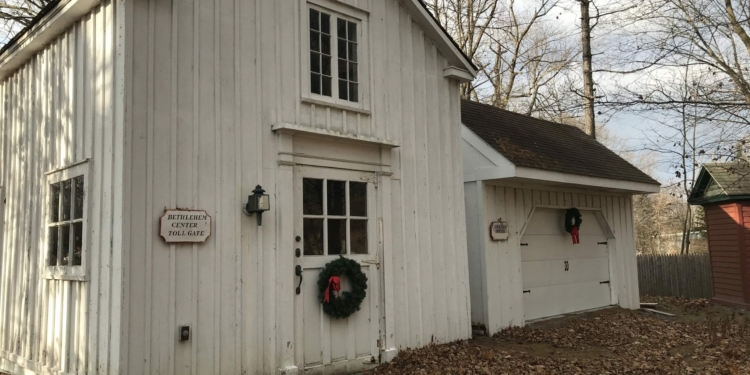 GLENMONT — Motorists recognize the busy roadways of today’s Bethlehem Center as Feura Bush Road and U.S. Route 9W. Years before municipal governments adopted the management of our roadways, the most traversed roads were owned by companies, and those roadways would have tollgate.

Bethlehem Center is not the geographic center of the town that shares its name. It is, however, an intersection that has always been a busy thoroughfare for local residents driving to and from Albany. In that sense, little has changed in more than a century.

A tollgate existed just south of the intersection on present-day Route 9W. According to a register possessed by the Bethlehem Historic Association, a round-trip through the toll cost 12 cents for a driver and two horses in 1884, or a little more than $3 today.

The practice was commonplace in Bethlehem. Consider the roadways commonly used today — Delaware Avenue, New Scotland Road, Feura Bush Road, Route 9W — all were once toll roads. The maintenance of such roads was the responsibility of the company stakeholders. The practice of paving roads with asphalt did not occur until after the advent of today’s motor vehicles. In the case of New Scotland Avenue in Slingerlands, travelers crossed a wooden surface, also known as a plank road. It helped prevent ruts developing from wagon wheels going over soft land.

A partial replica of the tollgate that once stood at Bethlehem Center now sits behind the Cedar Hill School, home of the Bethlehem Historic Association.

DISCOVER GLENMONT: An old debate in baseball has familial ties to the area