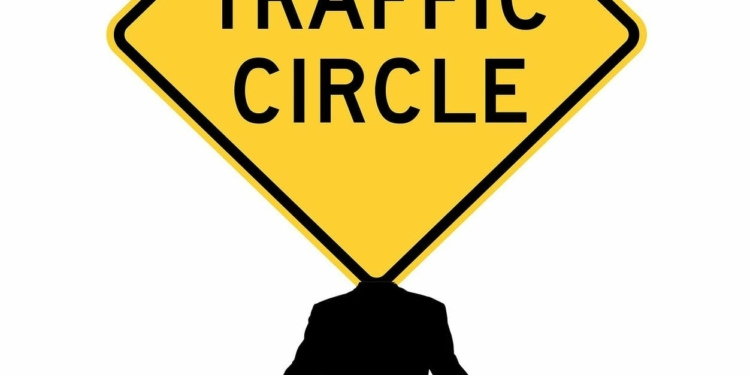 BETHLEHEM — With the Glenmont roundabout project moving forward with construction expected to commence in 2020, let’s understand what a roundabout is, how commuters should navigate through it, and reflect on what local officials and residents alike think about it.

The state Department of Transportation defines a roundabout as “an unsignalized circular intersection engineered to maximize safety and minimize traffic delay.”

A roundabout follows the “yield-at-entry” rule where nearing vehicles must slow down and only enter it when there is a gap within the roundabout’s flowing traffic. Traffic entering and within the roundabout needs to be slow with a maximum of 30 mph, and its entrances are curved—this design automatically makes drivers lower their speeds. Never stop inside the roundabout unless necessary.

Vehicles already in the roundabout, as well as pedestrians, have the right of way.

According to NYSDOT, while roundabouts have been successfully handling traffic across Europe and Australia in recent decades, support for them here in the U.S. has been gradual—there are just a few hundred of them nationwide.

Darrin Tice, a driving instructor with Albany County-based Bell’s Driving, said that roundabouts can be more tricky for elderly and brand-new drivers like high school students, both being on polar opposites age-wise, to navigate. “You do need some sort of education to know how to safely drive through a roundabout,” he said, stating this was the only disadvantage of a roundabout he could think of.

Tice, who regularly teaches driving to Bethlehem Central High School students and offers private lessons across the Albany-Schenectady-Delmar areas, said that he teaches his students about the roundabout to his students by “spending lots of time driving through a set of five roundabouts on [NY-85]. I have them looking left as they approach the roundabout, making sure they look at markings on the road and ensure they enter the roundabout on the proper lane. You have to be aware as you approach.”

When asked if students typically have a hard time understanding a roundabout, he said, “No, because new drivers have no preconceived notions towards it. They’re basically a blank canvas so you show them the only way to drive through it. That way, it becomes the only way they would know how to drive there, and it’s the correct way.”

He added that with his more advanced students, he can immediately expose them to the roundabout, whereas brand new ones with zero experience would only be introduced to the roundabout “once they have a solid grasp of the looking-left-and-right procedure, braking, and acceleration control.”

Benefits of the roundabout

It also brought up how there are just 21 roundabouts on state roads in the Capital District.

Robert Leslie, the town’s director of economic development and planning, who is among those working on the Glenmont roundabout project, said that roundabouts “are a safety improvement measure that addresses traffic accidents.” He noted that a roundabout is not a 90-degree intersection, unlike a four-way stoplight intersection, which essentially eliminates head-on or T-bone crashes—such crashes end with severe injuries and even sometimes death.

Stephan Godlewski, a senior project manager with Albany-based engineering firm Creighton Manning which is also working on the Glenmont roundabout project, similarly said that a roundabout is geometrically designed to prevent high-speed crashes due to its typically curved entrance and exit lanes.

High-speed crashes are more common in four-way intersections when a vehicle may speed up once the traffic light hits yellow in an effort to beat it; sometimes, that vehicle does not pass the intersection in time and ends up colliding with another vehicle that had just begun to travel because of its own just-turned green light.

Godlewski also said that a roundabout benefits pedestrians since roundabout traffic is slower. A pedestrian would also have smaller crosswalks, where they cross just one or two lanes at a time. But with a four-way stoplight intersection for instance, that pedestrian may have to cross four to five lanes in one go and spend more time physically crossing the road.

To gauge public opinion, Spotlight News readers were encouraged to comment on a Nov. 27 Facebook post, for the purpose of this article, on how they feel about roundabouts.

“You have 2 types of people that don’t know how to use them,” reader Nate Derucher commented, who added that he personally finds navigating roundabouts easy. “Type one waits too long for a car to drive past them when they had plenty of time to go. Type two never yields

and just drives, cutting off the other driver.”

Reader Suzanne Maloney agreed with Derucher, writing, “Don’t [you] love the people who can’t remember their basic driving rules; like cars in the circle have the right of way; when approaching a circle, slow down to yield to traffic in the circle; and proceed when an opening in traffic occurs. It’s not a raceway, you should not approach a circle at the same rate of speed you were driving at and a blinker means please let me in, not race me for the spot in the traffic.”

Second, opponents of roundabouts find them confusing and daunting, sticking to the traditional stop light.

“One has to make too many split-second decisions, confusion reigns over most; it’s a free-for-all despite claims that if one ‘just follows the basic rules, they work well,’ ” reader Ellen Hayes commented. “Give me a four-way traffic signal with a left turn arrow and I’m ok with waiting an extra minute or two. I prefer the orderly life as opposed to the thrill of being thrown into a vortex.”

Fellow reader Tracey Marshman agreed, “People in roundabouts do not let traffic flow off of streets or out of driveways,” she commented. “Traffic gets backed up on side streets and homeowners can’t get out of their driveway.”

Lastly, the positives, who find the roundabout as a great way to mitigate traffic woes and force a large number of cars through an intersection in record time.

“I like them,” reader Ally Blake Aronow commented. “Especially during high traffic times; I spend a lot less time waiting at the intersection than if there were a light there. I don’t think they are difficult to navigate.”

Cristina Ruotolo Hourigan agreed. “I have no problems with them. I lived in Massachusetts for a while and they are pretty common over there, but are usually bigger than the ones around here and don’t have ‘lanes,’ it’s kind of just freeform and every driver for themselves.”

Even those with fast cars find them fun, as reader Erin McKinney loves to zip around them. “I think they’re easy,” she wrote.