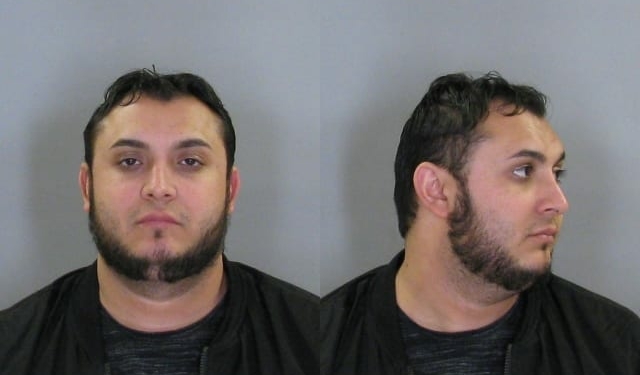 BETHLEHEM — Bethlehem police have identified a 28-year-old man in relation to quick-change offenses that he’s committed throughout the Capital District, elsewhere in the state, Massachusetts, and even the United Kingdom.

Originating from the Woodside neighborhood in Queens, Traian Sava was arrested on Tuesday, Nov. 13 by Long Island Fugitive Operations from the national Department of Homeland Security in Central Islip, a hamlet in Suffolk County.

In the press release sent out by Cmdr. Adam Hornick the next day, quick-change offenses are when “a subject approaches a store clerk and hands them several bills, usually high denominations of currency, and asks for change into smaller denominations of currency.” Once the clerk gives the smaller bill amounts to the subject, he or she conceals some of that money and requests to negate the overall exchange or even for yet another series of different denominations. With each exchange, the subject conceals some money before eventually exiting the store.

Bethlehem police reported that such incidents, described by Hornick as “one of the oldest types of financial cons and swindles,” have occurred across Delmar and Glenmont stores in the past few months.

In Sava’s case, he was deemed a suspect, thanks to Bethlehem police working with state police, the aforementioned Department of Homeland Security and even the Northumbria police in the United Kingdom.

He was charged with a scheme to defraud in the first degree felony, and a petit larceny misdemeanor. He was processed at the Bethlehem Police Department, arraigned in the Town Court before Judge Ryan T. Donovan, and remanded to the Albany County jail in lieu of $30,000 bail. He has a scheduled return court date of Dec. 4 at 4 p.m.

Sava’s case is just among Bethlehem police’s ongoing investigations into similar offenses, and they have released two photographs of two other suspects in their press release:

Looking ahead, police wants to warn local businesses to prevent such offenses from happening by providing six precautions:

Anyone with any information regarding quick-change incidents is encouraged to contact Bethlehem police at 518-439-9973 or to submit anonymous tips to Capital Region Crime Stoppers at www.capitalregioncrimestoppers.com.