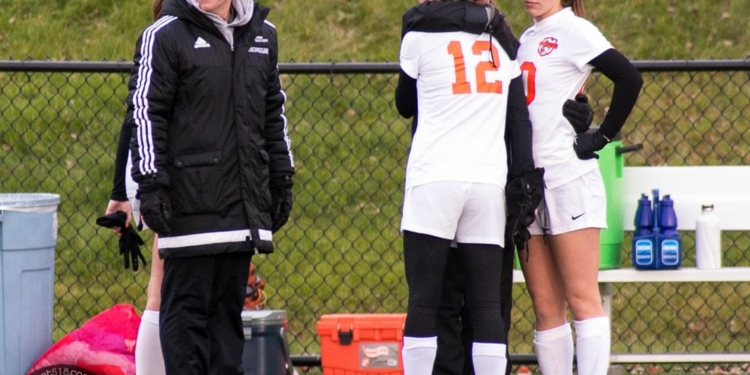 DRYDEN — The Bethlehem made it to the state finals for the first time in program history, but fell short 1-0 on Sunday, Nov. 11, to Monroe-Woodbury, the Section IX champs who were also playing in its first championship.

The game was even through the first half, with neither team getting a very good look at a goal.

Bethlehem had its best chance on a corner kick in the 66th minute left when a shot bounced off the post and then the rebound ricocheted off the crossbar.

About 10 minutes later, with 13:44 left in the game, Kaelyn Salatto headed home a corner kick to take a 1-0 lead and The Eagles did not have a solid opportunity for the rest of the game.

It is a turf field at Cortland Thompkins Community College, about 10 miles outside of Cortland in Central New York, and that is a different game than the grass field at Bethlehem High School. As such, there are less solid opportunities to score, said Rogan.

After beating Shen in a thriller to win the Section II, Class AA title, The Eales got a bye in the first round of the state tournament. They beat Section III’s Fayetteville Manlius 2-0 in the regionals and then Section VI champs Clarence 2-1 in the semifinals.

“It really was a wonderful season,” Rogan said, with a boisterous crowd who made the nearly three-hour trip chanting “We Are … BC” in the background. “It hurts so much right now because you put so much passion and desire into it, and when live your life that way you are going to have some sad days like today but hopefully a lot more joyous days too.”

Colonie Town Board passes budget by a 6-1 vote