CORRECTION: Tin Can Alley to play The Linda on Friday 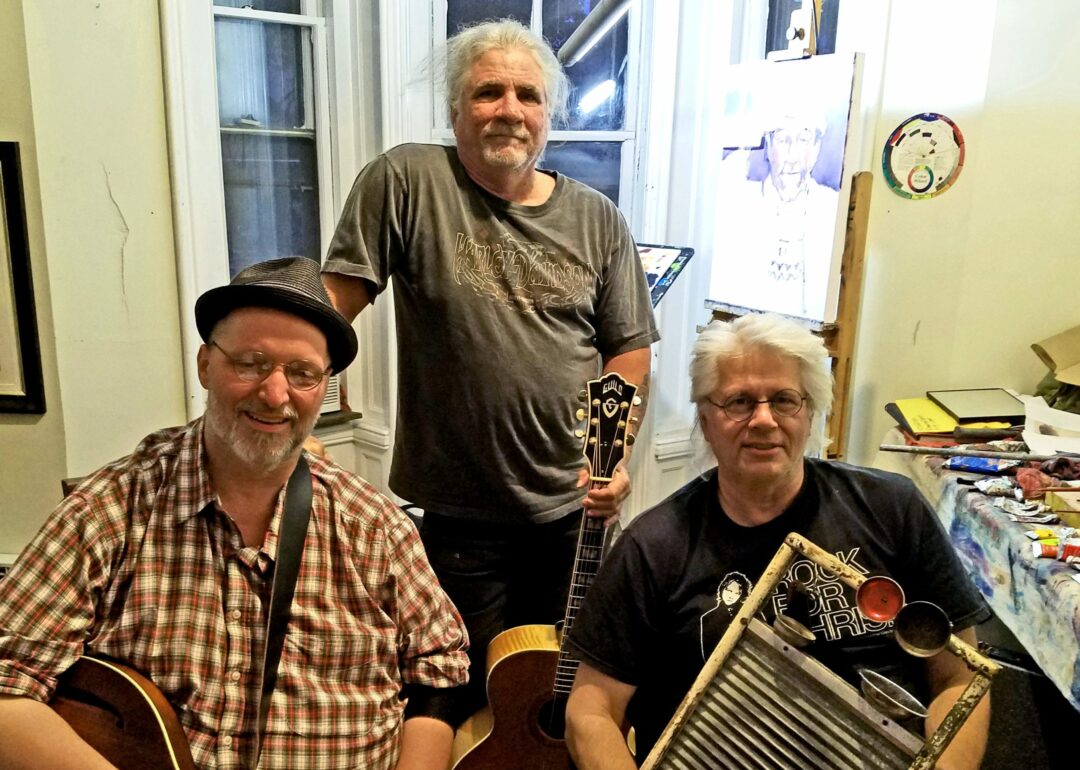 EDITOR’S NOTE: This event falls on a Friday. The day of the week for this event was originally reported incorrectly as Saturday.

“God, I can’t believe I’m going to say this,” Michael Eck recently wrote me in an email. The former Times Union entertainment reviewer is seldom short on words, nor does he lack the knowledge behind each of their meaning. But, here, within the first sentence of sharing news on a new musical project of his, he appeared to struggle.

“Tin Can Alley is… a new local supergroup,” he wrote. “That’s a self-canceling concept, correct?”

The last time I recall anyone applying “supergroup” with any one band, it was with Chickenfoot. That rock band includes vocalist Sammy Hagar, Van Halen bassist Michael Anthony, guitar hero Joe Satriani and drummer Chad Smith (who very well could be comedian Will Ferrell). A bunch of guys who I thought would gain my interest, but I’ve yet to give it a listen.

In this case, Eck already recognizes the strength behind the “local” moniker. It’s not welcomed. It’s that title musicians want to shake off. You don’t hear Pitbull announcing he’s “the local.” Doesn’t sound as boastful, and it lacks a certain marketability. But, there’s a chance to amend this bland label when used in context with Tin Can Alley.

When Tin Can Alley takes the stage at The Linda on Friday, Sept. 28, the six-piece band will consist of names and faces local music lovers will recognize: Eck, from Ramblin Jug Stompers and Lost Radio Rounders; Greg Haymes, famously from Blotto; Jeff Strange, from Donnybrook Fair; Brian Melick, Katie and Kevin McKrell, of the McKrells.

The group is a near-hybrid of The McKrells and Ramblin Jug Stompers. At a gig in which both bands had performed, a chance jam session presented itself.

“Half the Jug Stompers had left. Some of the McKrells had left,” said Eck. “There were musicians still hanging around, and Kevin walked up before he and Brian started playing and he said, ‘hey, you and Greg, I’ll call you up halfway through the set. You join us.’” Eck agreed to the invite. Two songs later, they were all on stage. “I can’t remember a time I laughed so much on stage.”

They all agreed that they had to do it again.

Eck describes Tin Can Alley as a “sort of the Weavers from Hell,” or that of “The Almanac Singers reborn.” Both folk bands are references to Pete Seeger, who formed both bands during the 1940s. It’s nearly impossible for a folk artist to not associate him or herself to Pete Seeger, let alone anyone so close in proximity to the Hudson Valley. Eck, in particular through his repuatation developed through Lost Radio Rounders, knows his history. Something Kevin McKrell acknowledges.

“He can sing with the stuff with an authenticity that those songs need,” he said.

Haymes, alone, has made more moves than “Allied Van Lines” since Blotto earned generous playtime on cable’s MTV — on its first day of broadcasting, we can say — in 1981. He still plays occasionally with Eck while running the popular online magazine, Nippertown.

McKrell owns a storied musical career that goes beyond the local moniker. The acclaimed songwriter and entertainer, despite performing upon the most hallowed stages in the country, will shy away from complimenting his singing voice. He directs that towards his daughter, Katie.

“She’s the only one who we can say that has a pleasant voice,” said Kevin McKrell, while calling his own singing talent as having, “an acquired taste.”

The self-described vaudeville performer has played The Lincoln Center and Carnegie Hall through the years. He was, perhaps, most intimidated while auditioning for Lena Spencer to play at her beatnik coffeehouse on Saratoga’s Phila Street. He passed her critical ear as a solo artist. Though he said Brian Melick is a “serious, serious talent” at guitar, their Donnybrook Fair did not play Caffe Lena because Spencer told McKrell the band sounded too commercial.

Kevin McKrell, however, isn’t about to call it a supergroup.

“I will only if Michael starts handing out capes,” he said.

Kevin seemed nearly spooked by being called a “supergroup” while on the phone. “Because, once you start calling yourself a supergroup, you have to own it,” he said.

So, the boastful term has been discarded.

Eck said the “prime thing” behind forming the group was for “fun.” When the band formally got together on stage for a show at Caffe Lena in June, it was as much a treat for the audience as it was for the band.

“The cool thing was at Lena, from the first beat to the last, we had everybody in the crowd singing along. And, we will not exclude you, you may be a part of Tin Can Alley, as well. It’s folk music, people.”

For tickets and information, visit thelinda.org.