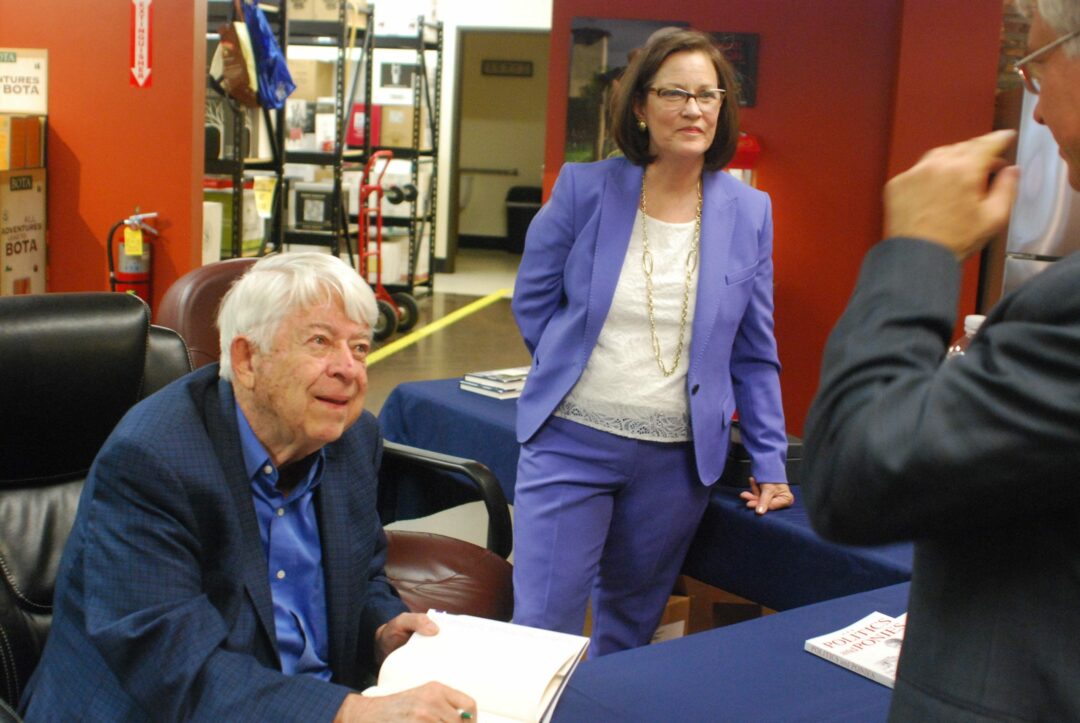 Nolan, above left, said he gratefully appreciated the crowd who came to support him during the book signing. Diego Cagara / Spotlight News

BETHLEHEM — Former state Sen. Howard Nolan’s smile widened as he greeted guests, family members and friends who arrived for his book signing event at the Upstate Wine and Spirits Co. store on Delaware Plaza on Thursday, Sept. 20 at 4 p.m.

While the gathering also featured a wine tasting, Nolan signed freshly-published copies of his memoir and biography, “Politics and Ponies: The Fascinating Life of Howard Nolan,” which was originally published back in late August.

A Democrat, he won over the then largely-Republican Town of Bethlehem in 1983, which never saw an elected Democrat in 188 years up to that point. He did not seek reelection in 1994.

The curiously-named book originates from Nolan’s political career—particularly his 20 years of being in the state Senate—and how he has owned three different farms which include horses throughout his lifetime so far. These two have been cited as among his deepest passions.

“The book is also obviously about what it is to be a state senator, my time being there and that’s why politics is on the book’s name,” he said.

“It actually wasn’t my idea to create this book, it was Bill Heller’s and my wife’s idea,” he said. “Bill came up with the book title too.”

Nolan added that Heller, who indeed is the book’s author, is “a friend of mine for a long, long, long time.”

He jokingly concluded that there are no plans for a future book on the horizon because “I’m 86 years old. I don’t think so.”

The book is available in places like Amazon.com, The Paper Mill and in Delaware Plaza.