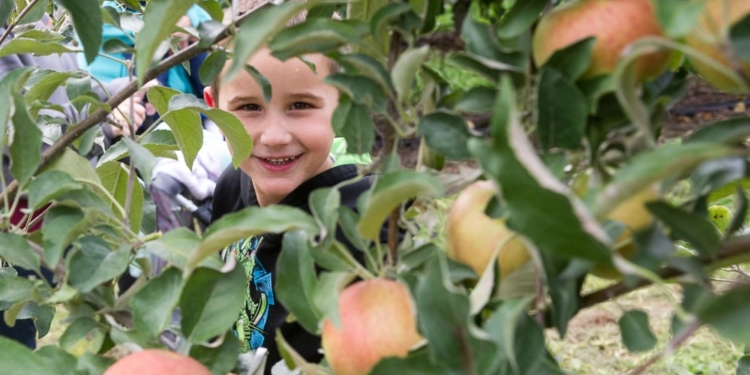 ALTAMONT — If anyone is interested in getting apples fresh then look no farther than your local farm. The Indian Ladder Farms has recently started their Pick-Your-Own season back on Saturday, Sept. 1 and continue for every weekend through Sunday, Oct. 28.

Each weekend, a predetermined selection of types of apples is available for people to come and pick out. It is noted that it is subject to weather and field conditions though. Also, people are advised to call the farm at (866) 640-PICK in advance to double-check if their desired apple choice will indeed be available on that weekend, as mid-day changes can potentially happen.

“The available apple varieties may change due to weather and weather can slow or speed up the ripening process,” said Laura Ten Eyck, the vice president of Indian Ladder Farms. “Sometimes, we may make adjustments if people pick up too much of one apple variety.”

The farm informs the public about the PYO season in two ways: “By Weekend” (what apple types are available on specific weekends), and “By Variety” (on which weekends are a specific apple type available). This is available in a printable PDF format online.

On Sept. 29 and 30, there will be Empire, September Wonder Fuji, Kendall—which Ten Eyck said “is the best for pies and baking”—and SnapDragon. For the

extended Columbus Day Weekend from Oct. 6 through Oct. 8, it will be Cameo, Empire, September Wonder Fuji, Golden Delicious, Mutsu/Crispin and Red Delicious. On Oct. 13 and 14, it’s Empire, Fuji and Mutsu/Crispin. Those same three and Rome will be available on Oct. 20 and 21. Finally, Fuji is the sole option on Oct. 27 and 28.

“We determine which apple types would be available to the public on certain weekends, depending on when each type ripens. Different apple varieties ripen in different time,” she said. “Some ripen by early August, others take longer.”

Regarding the apple types, they are also organized in qualitative categories, including sweet taste, eating, baking, cooking and crispness.

All the apple types except Cortland, Gala and Macintosh are labeled as sweet. In terms of being tart, the winners are Acey Mac, Autumn Crisp, Cameo, Cortland, Golden Delicious, Kendall, Macintosh and Rome. Those that were specifically viewed as best for eating were all types except Cameo, Gala and Macintosh. When cooking is concerned, the best ones are Acey Mac and Autumn Crisp. The most crisp ones are Autumn Crisp, Honeycrisp, Jonamac, Mutsu/Crispin and SnapDragon.

Ten Eyck believed that apple picking is a significant activity and event for the local community, saying it’s really important for people to have the chance to harvest their own fruit.

“It also is the most economical way in terms of getting the best price because when you pick apples at our far,” she added. “The prices are not too high because the labor cost has not gone into it. You’re not paying for the labor and harvesting of the fruit.”

All apples at Indian Ladder Farms are Eco-Apples certified by Red Tomato, a Massachusetts-based non-profit organization, that has developed advanced Integrated Pest Management production methods. Such methods are meant to be agricultural- and green-friendly. Examples the Indian Ladder Farms use are ladybird beetles which naturally take out unwanted pests, and how they try to minimize the usage of pesticides and fungicides.

Pets are not allowed in the PYO areas though and there is no ATM machine on site, so people should come prepared with their form of payment — cash and checks are accepted but look on the website’s “Frequently Asked Questions” tab to learn more.

Ten Eyck said that the public turnout for PYO so far has been “kind of a lot but the weather has been quite hot still lately, so it does put a damper on the crowd. I know there are people waiting for the more crispy apples and the fall weather.”

She also brought up how the farm has attracted crowds as it also offers things like gift shop, cafe, apple cider donuts, fresh apple pies and a cider brewery. “We’ll also have Pick Your Own Pumpkins which is coming in late September and early October!”

For more information and PYO hours, visit www.indianladderfarms.com/pick/ or call the PYO hotline at (866) 640-PICK.

Bethlehem Planning Board ponders its first-ever application for ducks