A resident submitted a photo of Kleinke’s Farm where it runs along Oakwood Road. Provided by Town of Bethlehem

BETHLEHEM — To date, nearly 900 town residents have completed a free survey which asks for their opinions on land conservation, maintaining open space, and local development. The survey, which aims to address the overall land conservation versus land development issue in town, will be available for residents to complete through Sunday, Sept. 16.

Those wishing to participate in the “Bethlehem Open Space and Farmland Conservation Opinion Survey” may do so online at www.surveymonkey.com/r/openspacesurvey or go to either Town Hall or the Bethlehem Public Library to complete physical copies. 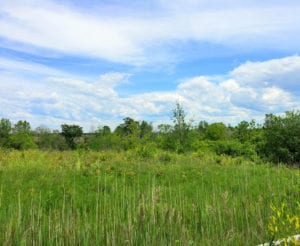 The survey, which takes about five minutes to complete, contains a mix of 15 multiple choice and open-ended questions designed to gather information about town residents’ perspectives on conserving local farmland, the importance of locally-grown food, and protecting natural water resources.

The survey not only provides residents with an opportunity to name specific locations in town which they believe should be conserved, but also share how they feel about having scenic views.

The survey, which became available earlier this month, was also developed to raise awareness about an active conservation easement application. Back on May 2, 11 acres of privately-owned land located along Bender Lane had been recommended by the Conservation Easement Review Board to be preserved perpetually.

While the ongoing debate between conservation and development is a hotly-contested issue in town, curiously, no one spoke about conservation easements nor the survey during the public hearing scheduled for the Bender Lane plot, held as part of the the Town Board Meeting on Wednesday, Aug. 22. Town officials had hoped locals would openly share their opinions about land conservation there.

Town Supervisor David VanLuven, who attended the Aug. 22 public hearing, said, “People rarely show up to speak about their opinions because they’d much rather do it safely from the comfort of their homes. At public meetings, there’s this feeling of being immediately judged by people who don’t agree with you and that’s unfortunate that residents may feel that way. But I do highly encourage people to contact us directly though.”

Meanwhile, the town’s Open Space Coordinator Karen Shaw similarly believed that the survey is a safe way for locals to have their say on the conservation versus development debate, without drawing negative attention from fellow survey-takers who have different perspectives on the issue.

This belief was backed by numerical data. 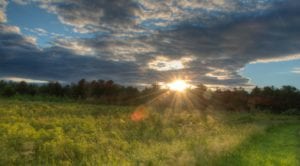 “I’ve been really impressed with having [over] 890 responses so far,” said Shaw, the number of which clearly contrasted from how no one spoke their opinions at the aforementioned public hearing. “It tells me people are paying attention which is amazing! We want to be constantly engaged with the public, know what they think. I feel really encouraged.”

The survey complements the Conservation Easement Exemption (CEE) Program which seeks to “conserve open space lands, help maintain the character of the Town, and provide financial incentives and assistance to those landowners willing to forego development and maintain open space.”

Shaw offered a number of reasons why land conservation can be beneficial for Bethlehem.

“One, it would mean we get to retain our natural systems as the forests would be left intact which provides clean air benefits and ensure wildlife habitat. Two, it increases the value of community character, in that it gives our town a distinct look and human aspect, as people have moved here just because of how the town looks in conjunction with nature. Three, it would connect well with the Albany County Rail Trail as it connects our spaces and encourages locals to walk and bike around more.

“Four, it’d help contain high traffic from continually growing which relates to the development debate. Five, this is something we don’t really bring up as much, but it’s how great our soil in town is, too. We still have lots of farmland soil across open space and good soil is crucial for farming, growing and cultivating.

Once houses are built over them, that’s all gone. There are more reasons too, but those specifically come to mind now.”

Reiterating that continued development is a “huge issue in town,” VanLuven said so far, the survey found that “around 50 [people] had said that open space and farmland conservation in town are not important or somewhat unimportant. And around 850 had said that those things are either very or somewhat important.”

According to Shaw, while the survey has not received any genuine backlash yet, she has continued encouraging people to use their voice to share their honest opinions there. She believed that surveys are not necessarily always the best way to gain perspectives from the public but that “it’s a start. We were hesitant at first because it’s always hard to know when the best time is to make the survey available.”

Following the survey’s Sept. 16 deadline, Shaw will collect all the responses and data to develop “a presentation and report online.” Ideally, this document would “guide public meetings and hope to lead to a land conservation event or workshop with New Scotland and neighboring places, to help inform the public more about conservation-related topics, its costs and benefits.”

She also envisions inviting landowners to come talk about their properties’ histories, how they kept holding onto them and even distributing their locally-grown foods during these potential events.

While there are still a couple of weeks to complete the survey, VanLuven also noted that there already is a “pretty strong agreement in town that protecting farms and undeveloped lands is a priority. Once we can have that common point of agreement, then we can talk about solutions moving forward.”

Given how sensitive the land conservation versus development debate can be for residents, Shaw plans to “take some time to ensure the survey’s results are interpreted for the public easily so there’s less room for misunderstandings and more for finding commonalities. Comments are enriching to any process and we really want to respect that.”

It’s unknown exactly how long it will take Shaw and her colleagues to complete this process.