VETERAN NEXT DOOR: In Our Life 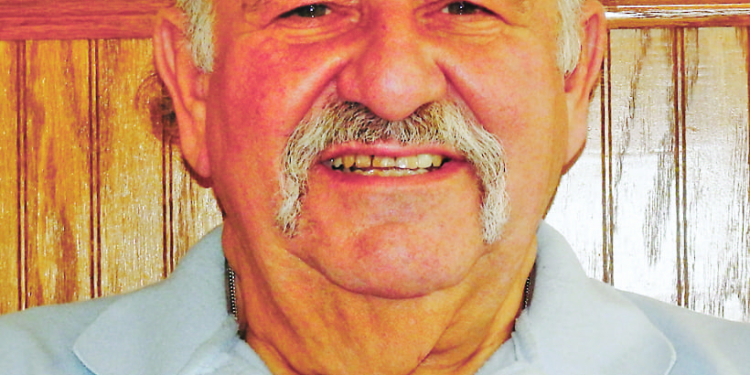 “Nice Smile, Thank You, Good Morning.” This is how I started a day off meeting a customer representative at Sam’s Club in Latham Farms early in the morning. A short and unique hello started a conversation that fully proved that ‘it’s a small world.” Now once again I experience a memorable story in our little corner of the world.

Sasha, the customer representative, and I were discussing veterans. Her husband is the grandson of Tom Kendall. Tom is the pastor of the Unionville Reformed Church just outside of Delmar on Delaware Avenue (Route 443). Tom flew some 32 missions on a B17 bomber as a tail gunner in WWII.

Sasha had emailed me on Wednesday, July 11, and told me that Tom was taken ill and was now in hospice. I called her on Sunday to get some details with the hopes of visiting Tom with his friend Harold William. I was told Tom had passed away on Friday. The small town of Unionville and my memory of a person who I wish I knew now will have to wait for the next life. This is the fourth time I have called people to get information only to be informed that they passed within the last few days. I do wonder why God presents me with emotions and blessings at the same time.

Tom was a good friend with Harold Williams. Harold witnessed D-Day (June 6, 1944). He served with Colonel Don Bennett who eventually became a Four Star General. Harold always boasted about Tom to me. We always talked about visiting him and now we regret that time was not fair to us. For a person I never knew but heard so much about, he was gifted and blessed with longevity and a life that he shared with many. Here was a pastor who was the ‘Veteran Next Door’ and celebrated life every day. I wonder how many people knew about his military service. When I gave the eulogy for my friend Angelo, many of his relatives knew he served but never knew where and what he did. He was in the infantry and as he said “he had a walking tour of France, Belgium and Germany” some 74 years ago. Yes ‘The Greatest Generation’ waits for us all in the next life.

I intended to write this article about people in our life over the many years who have passed. My intention was to recall how we lose touch with people who have deeply touched our lives. The Veterans depended on each other so dearly and faithfully. The Veterans shared a few years of their lives with each other and were filled with memories for a lifetime. After the war, the Veterans went home; some never saw any of their comrades again, some saw them once a year at reunions and all became faded memories.

It is an honor, blessing and a privilege to write about these courageous men of our ‘Greatest Generation’ who touched people’s lives in so many special ways. On my dresser a saying: “Good friends are like stars, you don’t always see them but you know they’re there.”