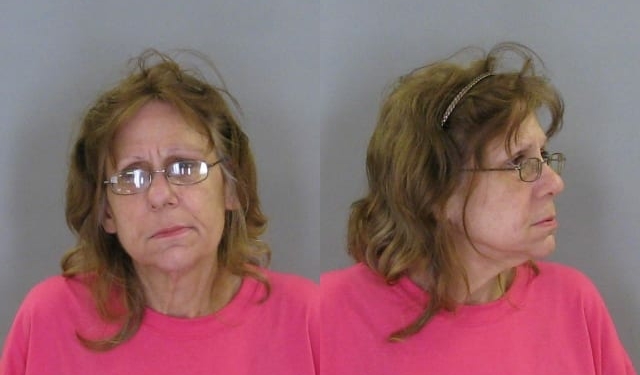 GLENMONT — On Saturday, July 7, at 2 p.m., a Bethlehem police officer was in the parking lot of the Glenmont Walmart taking a report for a property damage crash when he reportedly observed a Walmart loss prevention officer attempting to apprehend a woman who had just shoplifted from the store in an unrelated incident. According to BPD, the officer ran towards the fleeing suspect in the parking lot as she got into her vehicle. The officer signaled for the woman to stop and approached the front of her vehicle. The suspect reportedly then put the vehicle in drive and drove forward, striking the officer. Despite being injured, the officer approached the vehicle on the driver side and was able to convince the suspect to stop the vehicle.

Wendy M. Downey, 58, of Castleton, was arrested in the parking lot and charged with felony counts of assault and reckless endangerment, as well as the misdemeanor counts of petit larceny, criminal possession of a weapon, resisting arrest, reckless driving, aggravated unlicensed operation of a vehicle, operating while registration/license suspended, and the violations of unregistered motor vehicle, uninsured motor vehicle, unsafe backing and failing to comply with an officer.

The injured officer was treated by Delmar-Bethlehem EMS and transported to St. Peters Hospital for a knee injury. Downey was arraigned in the Town of Bethlehem Court by Judge Ryan Donovan and remanded to the Albany County Jail in lieu of $25,000 bail. A preliminary hearing in Bethlehem Court was set for Tuesday, July 10.

SPOTTED: Melstock! at the Saratoga Winery