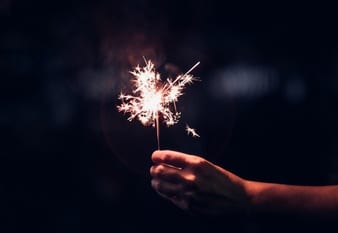 ALBANY COUNTY—With Independence Day just around the corner, it seems like a good time to clarify fireworks regulations here in New York state.

In 2014, the state Legislature passed a law allowing for the sale and use of a specific category of consumer fireworks called “Sparkling Devices” in counties that choose to legalize them. According to the New York State Division of Homeland Security and Emergency Services, the “Sparking Devices” that New York State law refers to are considered, “ground-based or handheld devices that produce a shower of colored sparks and or a colored flame, audible crackling or whistling noise and smoke.”

These devices do not rise into the air, do not fire inserts or projectiles into the air, and do not explode or produce an audible gun-like report (a crackling-type effect is not considered to be a report).

In 2016, Albany County legalized the use of  sparkling devices. The neighboring counties of Scoharie, Greene, Rennselaer, Saratoga, Montgomery and Fulton legalized their use in 2015. To the southeast, Columbia County does not permit the use of any fireworks and, last May. Schenectady County repealed a 2015 law allowing them after the use of larger, illegal fireworks—which some thought were permitted under the new law—alarmed residents and local police.

As of January of this year, all state cities and counties with a population of one million or more are permitted to use sparkling devices unless that city or county specifically prohibits their sale and use. In addition to Schenectady and Columbia counties, Bronx, Kings, Nassau, New York, Queens and Richmond counties have also banned them, according to NYSDHSES.

Per state law, the type, size and construction of the legalized devices is limited: they must be handheld or mounted on a stake or spike, and may not exceed 500 grams of pyrotechnic composition. Sparkling fountains, sparklers on wooden sticks, but not metal sticks, smoking devices, snakes, confetti-filled party poppers and paper-wrapped snappers are all allowed. Firecrackers, bottle rockets, roman candles, spinners and other aerial fireworks are not.

While the use of sparkling devices is now legal for adults in most counties, no one under the age of 18 is allowed to handle them in the state of New York. A parent who lets their child handle a sparkler, even one on a wooden stick, could face charges. Under state law, that would mean a class A misdemeanor for the first offense and a possible felony charge (class E) for a second violation within five years.

And some sparkler facts: