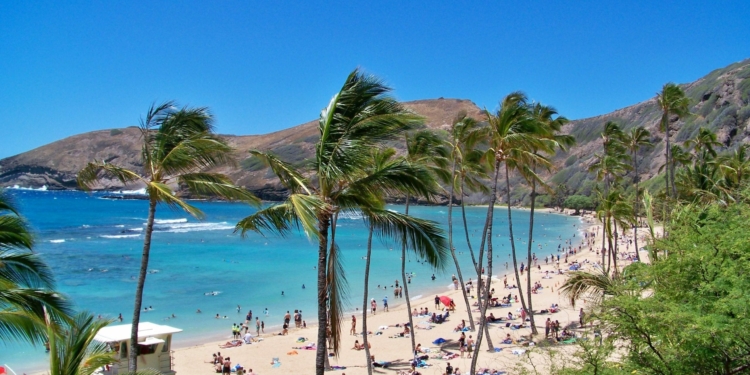 HAWAII — Much ado has been reported on the eruption of Mount Kilauea on the main island of Hawaii.

National news services have provided daily updates with alarming detail describing families losing their homes, lava spills knifing through the terrain. Last weekend, it was reported that the damage could be viewed by satellites up in space.

But, don’t go cancelling your vacation just yet.

Becky Leonard Ringler, a Delmar native now living on Hawaii, said the national news coverage is developing into a “pet-peeve.”

Ringler owns Simple Kona Beach Weddings with her husband Matt. The two organize and facilitate beach weddings, and have done so since moving to Hawaii four years ago. The dreamscape business has flourished over time. The author happily said it has taken her away from writing. But, over the past month, she has commonly received phone calls from panicked brides planning to arrive from the mainland.

“I keep getting phone calls from brides who are freaked out asking if it’s okay,” she said.

Hawaii was formed millions of years ago through volcanic activity. Mount Kilauea itself has had molten rock flowing from it for 35 years. However, the situation escalated for local residents when it suddenly erupted on May 3. Since then, approximately 2,000 residents are homeless, and about 75 homes have been destroyed. It is the most serious eruption for this volcano in several years.

The state of Hawaii consists of eight islands. The main island is more than 4,000 square miles. Mount Kilauea is on the far southeast corner. The area impacted by the latest volcanic activity is aptly named Volcano Country. Whereas the median price for real estate in Hawaii runs over half a million dollars — the price of living is notoriously high as well — the New York Times interviewed one Volcano Country family who bought a home and 100 acres for $100,000. People purchase the property with the understanding their neighbor is known for her volatile nature.

For the remaining inhabitants of the island, it’s life as usual. Becky said local news may include a 60-second clip on the latest development, but done so without any pretense or drama. Perhaps as less dramatic as the sports report, she said.

“It’s kind of like when people freaked out when there was all that flooding in Houston,” said Becky, “and people worried about people in Austin… it’s far away.”

Nonetheless, Becky said she has observed the cancellation of one or two cruises. Whether it be related to the volcano is unconfirmed. Alaska Airlines had reportedly halved its usual roundtrip fare to Hawaii last month. That discount, however, has since been rescinded.

Outside of the relative few who decided to live near the volcano, baring something catastrophic, Becky said life is normal. 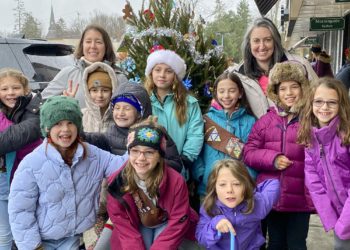