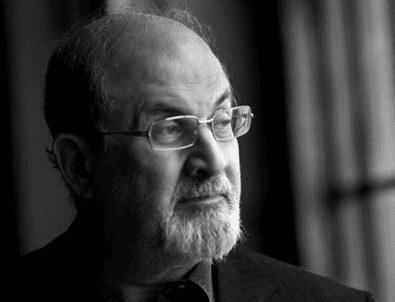 The author made his appearance for the first time since his original 1989 invitation that was cancelled due to the controversy surrounding “The Satanic Verses.” The book was banned in India and Saudi Arabia due to passages that some Muslims found blasphemous. The religious leader of Iran, Ayatollah Khomeini, placed a fatwa, or bounty, on Rushdie and anyone responsible for publishing the book in 1989.  As a result, Rushdie had to go into hiding to protect himself, missing the Writers Institute event that he had planned on attending. The head of the Writers Institute at the time, founder William Kennedy, responded to these developments with his own staged reading of the novel and then planned an event on censorship.

In the nearly 30 years since his original expected appearance, Rushdie has published several books, and started off the night reading his recently published “The Golden House.” The book follows the tale of a wealthy Bombay businessman that immigrates to the United States with his three sons following the death of his wife.

Reading some comical cuts from the book, the crowd of 530 attendees laughed at passages about an “Eastern European gold digger,” who ensnares Nero, and her itemized list of needs in order to continue their relationship. Rushdie also introduced a character borrowed from DC Comics, a Trump-esque version of The Joker that wins the presidential election.

While Rushdie says he wrote most of the book before the 2016 presidential election, the analogies to real world politics were upfront in his reading, with one passage equating President Donald Trump to the Joker.

“What was astonishing and what made this election year like no other was that people backed him because he was insane, not in spite of it,” he said.

Noting the starkly different views on politics and facts in America, Rushdie noted the prevalence of identity politics, and how they have “…Come to dominate thinking, not just in this country but in an extraordinary degree in different countries.”  He posited that the solution to this is pluralism, “Keep saying it, keep arguing it, or there are a great series of losses that follow,” and novels, “[Novels] can remind us of what human beings are really like, that they are many things at once – and if we can remember that we can find a way forward.”