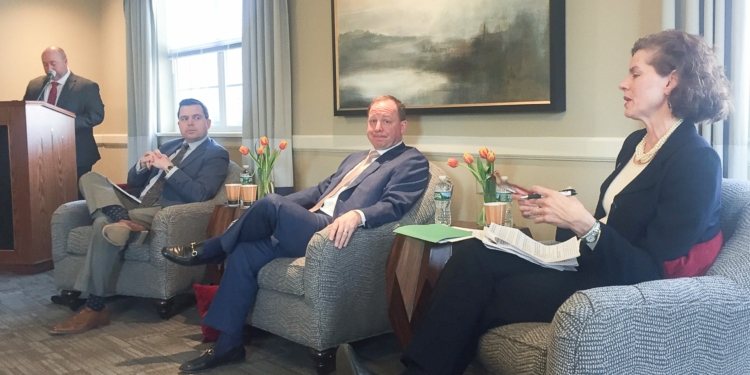 GLENMONT — The United Group of Companies, Inc. hosted a panel discussion last week on Thursday, April 12, at Glenmont Abbey Village, to recognize and commemorate the historic 1968 Fair Housing Act, which was enacted 50 years ago.

Fahy, Redding and Uccellini shared their view on how the state of fair housing has changed during their respective careers and the impact the changes have had in the Capital Region. They discussed ways the Capital District can create more inclusive communities and also provide opportunities for residents to better understand the extensive rules and regulations of fair housing law.

Fahy said she is in favor of legislation (A7083) that would protect individuals who suffer from PTSD and other disabilities that benefit from therapy animals. Currently, those individuals may be denied or ejected from housing due to the presence of medically prescribed therapy animals. The legislation would eliminate that loophole and provide more explicit protections.

“United Group takes fair and equal housing very seriously, and we felt that it was important to recognize and celebrate the significance of the 50th anniversary of the 1968 Fair Housing Act,” said Arnold. “It’s crucial for business and community leaders to understand and appreciate the proper policies, procedures and best practices surrounding the ever-changing fair housing laws. It was refreshing to see so many attendees from the housing industry take interest in our event, and we’re very thankful to Earl Redding, Assemblywoman Fahy, and Michael Uccellini for helping create such thoughtful discussion.”