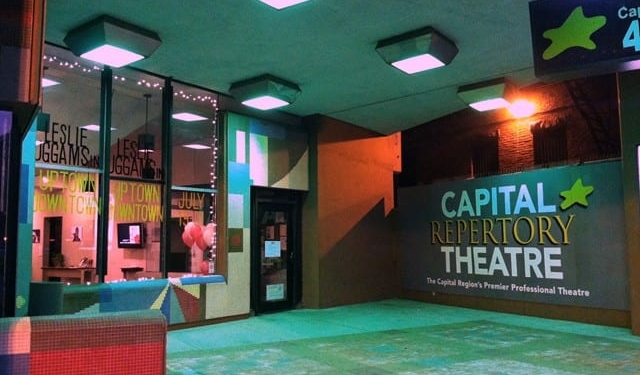 ALBANY — Capital Repertory Theatre announced it will transfer its operations to Livingston Square in December 2019.

The announcement comes on the heels of New York state’s announcement of a $1.8 million Restore New York Communities Initiative grant to the City of Albany through Empire State Development, on Monday, March 26.

Since last August, theREP has used the property for set construction and storage. The 30,000-square-foot former bakery will house new administrative offices, rehearsal rooms, an event space and dedicated costume and prop shops, allowing for all activities to take place within a single footprint.

“The funding provided to the Capital Repertory Theatre development project will help keep one of the Capital Region’s premier arts institutions in the City of Albany for years to come, and spur growth in the Arbor Hill and Warehouse District neighborhoods,” said Albany Mayor Kathy Sheehan. “Thank you to Governor Cuomo and Proctors for their continued dedication to the revitalization of New York’s Capital City.”

Residence at the National Biscuit Co. building will allow theREP to expand its programming, with up to 100 more annual events attracting an additional 10,000 patrons; and to expand its robust educational offerings, which currently reach more than 17,000 students from 64 schools in 39 communities.

“This is the dream,” said theREP’s Producing Artistic Director Maggie Mancinelli-Cahill, who has been at the helm of the theatre, which joined forces with Proctors in 2011, since 1995. “We have worked towards this goal for so long. Being under our own roof, and one of our own design, will allow us to better serve our community, to better engage with our patrons and our friends nearby, and to truly be an arts center for the 21st century.”

Man hit and killed by a train in Colonie