Market indicators point to the demise of the longstanding compact disc 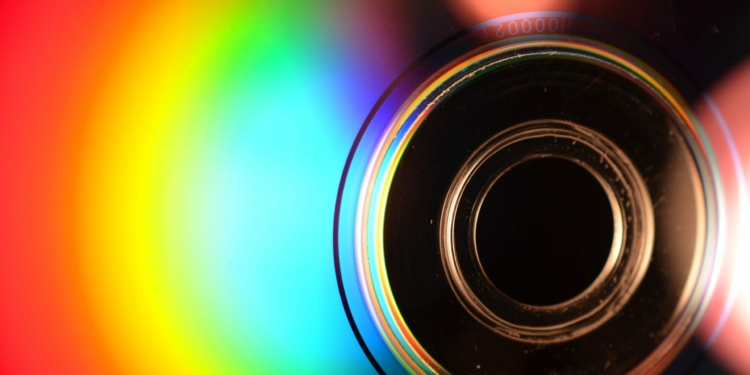 Whether it be a victim of declining box store sales overall, or the internet as a whole, the mighty compact disc is dying.

The demise of the CD is following the same pattern as its predecessors. Last year, NPR reported that Ford Motors would stop including CD players in new cars. That news was followed with Best Buy recently announcing it would stop carrying CDs in all its stores. Those old enough to remember the 8-Track and tape cassette can recall a similar movement away from a favorite form of personal music entertainment.

“I never stopped [listening to CDs],” said Susan Kastan, of Troy. She said she listens to CDs wherever she goes, whether in the car, in the Bose Wave at home, or on her computer. “I have only a few digital music files — mostly albums put out in that format only. I read the album notes and credits and consider them important. And by the way, I only last fall retired a car with a cassette deck — before that, I still listened to cassettes in the car too.”

Since its introduction to the market in 1982, CDs have always had a relative challenge to portability. Though tape cassettes ultimately suffered a common death of being “eaten” by players, they were relatively easier to carry when not in use. About the size of an iPhone, a tape or two could easily be carried in a jacket or shirt pocket. Something that could not be said about the 8-track tape.

Considering the lifespan of each product, the CD has had remarkable commercial success. The CD ushered in the death knell for the 8-track tape in 1982. That’s when major retailers stopped carrying the bulky plastic cartridges. It was that same year that auto manufacturers stopped including 8-track decks in new vehicles. But, for 16 years, that was the means by which music lovers could listen to songs on demand.

The tape cassettes’ reign in the consumer world jumped with the advent of Sony’s Walkman in 1981. It was wearable technology for teenagers and joggers as the 20th century was drawing to a close. Even when Sony developed the Discman for CDs, tape cassette sales remained strong enough to fight against the dying of the light. But, the digital world was fast approaching. By 2001, the landscape would change.

In 2000, CD sales peaked at $13.2 billion, but file sharing software Napster posed a threat. Though it was common practice for friends to copy each other’s music collection, including the romantic “mixtape,” ease of access grew exponentially over the internet. Consumers started burning their own CDs, followed shortly by personal digital players. Apple sold its first iPod in October 2001, and CD sales steadily decreased there after. According to Fast Company, only $1.2 billion worth of CDs were sold in 2016. Though the tape cassette held strong into the 21st century, car manufacturers stopped producing cars with tape decks in 2010.

Mainstream markets appear to be abandoning the CD after more than 35 years, but the plastic disc is still showing strength within the local music scene. As of 2017, online music store Bandcamp has reported 18 percent year-to-year growth in sales. For bands fighting for airtime on radio stations, the CD is still the tool that receives a favorable response from program managers.

“For legitimate radio promotion a CD is still a requirement,” said David Bourgeois, of Bridge Road Entertainment in Albany. It’s the most effective way for local bands to gain a program manager’s attention, though there is also an industry standard, membership-based digital delivery service commonly used by record labels.

Bourgeois, who represents Jocelyn and Chris Ardnt, sees that fans still gravitate to the CD over digital thumb drives. “On the live touring front,” he said, “CDs are received and sell far better than download cards. Since January, CD sales at shows comprised two-thirds of all merchandise income for our artists.”

Here’s what some of you had to say when asked if you still listen to CDs:

Andrew Gabriel (Ambassador Music Group): I do! But I think I’m a rare case. My younger brothers (more millennial-ish) don’t. They don’t even buy digital downloads. They use subscription services like Spotify.

Tabitha Clancy (Exit 97.7 WEXT): I’m not. [I’m] usually [listening to] a digital download. That said, being in radio, we still do get hardcopy discs over digital downloads… I do think that’s going to the way of digital labels as well though. One thing I liked a musician doing was having a vinyl with a digital download available with purchase. That way you get the physical product complete with art work and liner notes, but also have the files in your computer.

Katy Cole (singer/songwriter for Last Daze): I still believe in the power of the full record. But digital releases are more prominent than physical copies. We definitely have cut down on our production numbers of physical CDs.

Jack Carpenter (Two Buttons Deep): I will buy a local artists’ CD if I’ve had enough drinks to forget that my computer doesn’t have a drive anymore.

Allison Mooney, of Delmar: I was disappointed last April when my new car did not have a CD player.

Bernard Harney, of Albany: I usually only buy CDs of artists not available in the U.S. or artists at local festivals that the major labels have not picked up.

Nicole Suto (singer for Bleak Little World): I like CDs, but listen often on my “devices” as well, so a healthy mix of both here

Samantha Henrikson, of Guilderland: I only buy imported CDs of my favorite artist’s music from Australia

George LaFlay (drummer for Lord Electro): Still spending money on CDs but memory drives would be much more cost effective and then they can reuse the drive for something else. Double whammy.

Steve Mink (bassist for Lord Electro): I prefer CDs. But a lot of people do prefer digital or drives.

A day in the life of an Albany pool hall