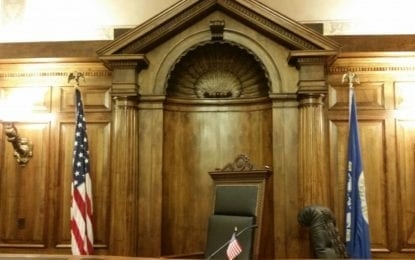 ALBANY – A proposal in front of the county Legislature to offer paid sick leave to any employee – part or full time – who has worked 80 or more hours in any given year.

According to the legislation, sponsored by Legislator Alison McLean Lane, D-Colonie, employees can accrue at least one hour of sick time per 30 hours worked.

Unused paid sick time can also be carried over to the following year by the employee or the employer can pay off the unused time at the end of any given year. But, under the legislation, an employee cannot accumulate sick time expecting to get paid should they get fired, retire or leave the job for any other reason.

Paid sick time can apply to:

-An employees’ physical and mental health and preventative medical care

-Care of a family member.

-To care for a child or if the school is closed due to a public health emergency.

-If the employer needs time off to deal with a family offense matter such as domestic abuse, stalking or human trafficking.

McLean Lane, the Legislature’s deputy minority leader, said she is sponsoring the legislation “in conjunction with” County Executive Dan McCoy and because 40 percent of employees do not get paid sick time in Albany County. Many of those, she said, are in the service industry and routinely deal with customers and/or food and this bill would prevent the spread of sickness and disease.

“This is a benefit for people who do work and the benefits for the working middle class are disappearing,” she said.

She said the bill is currently in its first draft, and is expecting the committee process and the public hearing to bring about modifications.

“Given the breadth of what is proposed and its potential impact on many, many residents of Albany County, I look forward to a vigorous debate on its merits, including the opportunity to hear from the public,” said Chairman of the Legislature Andrew Joyce in a statement while thanking McLean Lane for carrying the local law.

Republicans, though, were less than enamored with the idea of telling private companies how to run their business.

“I do not support county financial mandates on small business for same reason I object to to state funded mandates costing residents tax dollars,” said Legislator Paul Burghdorf, R-Colonie. “Sick time and personal service time should be decided by corporate, small business and sole proprietors in discussion with their employees according to statewide standards so Albany county business’s do not suffer a competitive disadvantage.”

His colleague Legislator Mark Grimm, R-Guilderland, said county government should be about creating jobs and improving the economy but this legislation will “make it more difficult.”

“We hear and complain about state mandates, but this is a county mandate imposed on private employers. And this is a big mandate,” he said. “We should be coming up with ways to help business, not make it more difficult. Legislators must think businesses have all this extra money kicking around but running a small businesses is not an easy thing and neither is running a non-profit.”

All the provisions of the proposed legislation are not applicable if the employer offers better benefits and does not apply to any employee who is a member of a collective bargaining unit.

If an employee misses more than three days of work an employer can require reasonable documentation.

The Albany County Hunan Rights Division will enforce the local law, should it pass, and it will have the authority to impose penalties on employers who do not properly offer paid sick leave.

Whether or not the legislation has enough votes to pass is up in the air. The Law Committee will address the issue on March 26.

Information from a legislator was not correct and there will not be a public hearing on March 27.

Arielle O’Keefe, known as Girl Blue, is in control of her own musical destiny