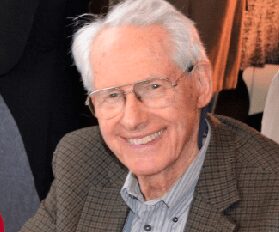 ALBANY — On Tuesday, Feb. 27, the Mohawk Hudson Land Conservancy (MHLC) will launch its 26th year of conservation in the Capital District with an annual awards dinner featuring guest speaker Elizabeth Sobol, President and CEO of the Saratoga Performing Arts Center.

Guests will be able to view a late-winter sunset on the Mohawk River from Schenectady’s historic River Stone Manor while enjoying cocktails and a buffet dinner, and honoring two dedicated MHLC volunteers.

Kathy Meany, who has been a volunteer with MHLC for more than five years, will be presented with the Dan Driscoll Leadership Award, “for her dedication and support of conservation efforts in the Capital Region.” Meany volunteers as preserve steward of the Bozen Kill Preserve in Altamont: digging trails, clearing brush, and caring for the land. She leads other volunteers and guests on guided hikes and represents the organization at local festivals and within the community.

“I grew up appreciating the open spaces that are characteristic of Bethlehem, New Scotland, western Guilderland, the Hilltowns, and the Helderbergs,” said Meany. “I love being outdoors and have enjoyed a lifetime of running, walking, and biking on quiet country roads. Volunteering with and supporting MHLC is an important way for me to contribute to the preservation of open space. It has given me the opportunity to be involved in this important issue in ways that leave direct, local impact.”

MHLC will also be honoring the recently departed Dr. John Abbuhl (1926-2018) with the Saving Special Places Award “for his significant contributions towards land conservation in the Capital Region.” Abbuhl was a founding member of MHLC in 1992 and remained an Advisory Board Member in the years that followed. He was also the founder of the Pine Hollow Arboretum in Slingerlands and spent his lifetime working on conservation efforts in the Capital District. The award will be presented to his family in recognition of Dr. Abbuhl’s conservation work.

“We are thrilled to honor Kathy Meany and John Abbuhl for their contributions to the preservation of the Capital Region,” said MHLC Executive Director Mark King. “Our Annual Awards Dinner reminds us every year of the power of individuals to make a difference in their community. Our team is excited to feature Elizabeth Sobol of the Saratoga Performing Arts Center as we move into a new year of conservation and look for new ways to connect with our communities. We look forward to exploring the connections between the local arts and nature throughout the year.”

Sobol will speak about the intersections of conservation and culture in the Capital District. Prior to her work with the Saratoga Performing Arts Center, Sobol spent three years as the president and CEO of Universal Music Classics. Prior to that, she was the managing director for IMG Artists for almost 30 years.

According to MHLC, the dinner will be the first of dozens of conservation-oriented events open to the public and hosted by the organization in 2018. In March, MHLC will host a Winter Sports Day at Keleher Preserve, with food provided by Bountiful Bread of Stuyvesant Plaza. Activities include, but are not limited to, fatbiking, skiing, and snowshoeing. In April, MHLC will host several Earth Day programs for all ages. Throughout the rest of the year, the public is invited to a series of programs including bird hikes, bike trail rides, outdoor yoga, a Hike-A-Thon in July, and several programs with Ondatra Adventures. More information on all events can be found at www.mohawkhudson.org.

The Mohawk Hudson Land Conservancy is a nonprofit conservation organization working to preserve the natural, scenic, agricultural and cultural landscapes of the Mohawk and Hudson River valleys. Since its founding in 1992, the Conservancy has protected more than 5,000 acres of land in Albany, Montgomery, and Schenectady counties, including more than 2,000 acres open to the public for hiking, cross-country skiing, and other educational and recreational opportunities.

The public is invited to join MHLC board, staff, and friends for the celebration, which begins at 5:30 p.m. Tickets are available at www.mohawkhudson.org, or by calling (518) 436-6346.