Do you feel like we do about Tanglewood this season? 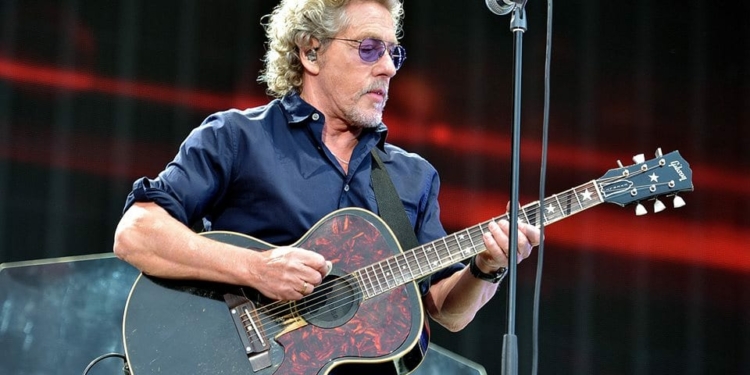 Roger Daltrey will perform The Who’s “Tommy” before the Boston Pops on Friday, June 15, at the Koussevitzky Music Shed.

It takes the 1969 experimental rock opera to a different aural experience as Daltrey is accompanied by the Boston Pops. The emotional story of “that deaf, dumb, blind” kid includes hits “See Me, Feel Me,” and “Pinball Wizard.”

This performance will also mark the first time Daltrey has performed at Tanglewood since he did so as the lead singer of The Who in 1970.

Tickets for the performance, ranging from $40 to $170, tickets are on sale now.

Since releasing “Keep Your Head Up” and “Fine By Me” in 2011, Grammer has taken the music world by storm with a succession of anthemic pop hits. The artist performed with the Boston Pops on the orchestra’s 2017 July 4th Fireworks Spectacular, which was telecast nationally on Bloomberg TV.

Grammer will perform such songs as “Honey, I’m Good” and “Good to be Alive,” as well as tracks from his introspective 2017 album “The Good Parts” including “Smoke Clears,” and “Fresh Eyes” during his Tanglewood debut.

Since the beginning of his solo career in the early 1970’s, Frampton has entertained audiences with his signature classic rock sound. He’ll perform such hits as “Show me the Way,” “Do You Feel Like We Do,” and “Baby, I Love Your Way” and delight Tanglewood crowds with his blazing guitar solos and Talkbox riffs.

Frampton is scheduled to open the set in what is to be his Tanglewood debut.

In the ’70s, Steve Miller crafted a brand of rock ‘n’ roll music that has dominated radio through today including such hits as “The Joker,” “Livin’ in the USA,” “Take the Money and Run,” “Rock ‘n Me,” “Fly Like an Eagle,” “Jet Airliner,” “Jungle Love,” and “Abracadabra.”