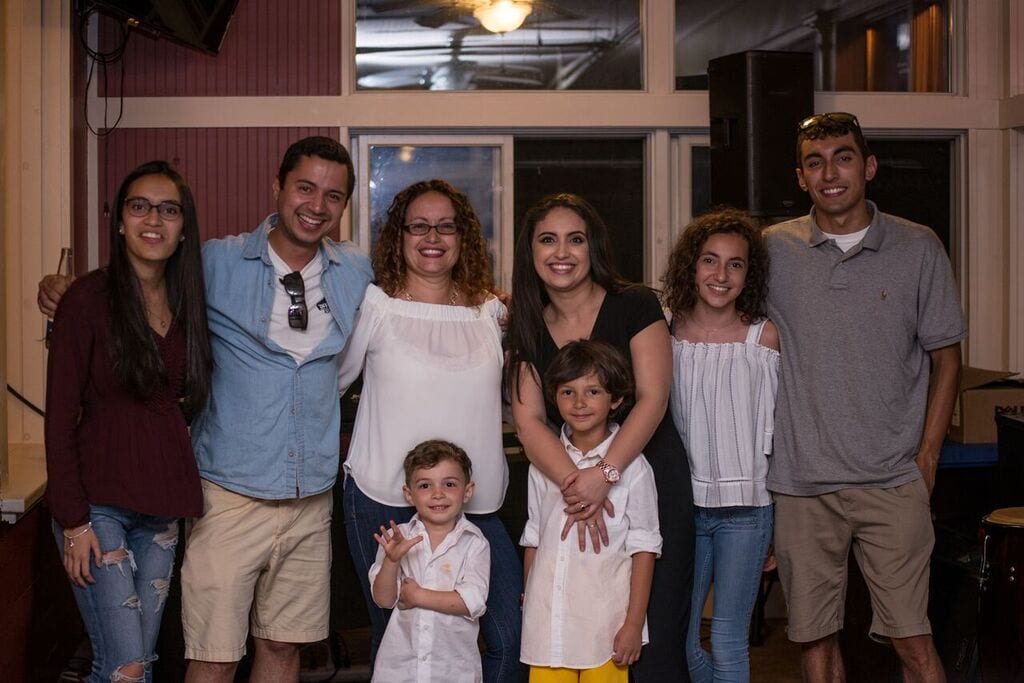 BETHLEHEM — Melanie Fillerup was cooking a pork shoulder for Thanksgiving dinner this year. While she used two aluminum pans to account for the meat’s weight, when she pulled it out of the oven, both pans buckled and tore, streaming hot grease onto Fillerup’s legs. She screamed and called for her father in the next room. When they pulled the scalding pants off, she said her skin came off along with them.

They called 911 and Fillerup was airlifted to the burn unit at Westchester Medical Center, where she spent the next seven days in the ICU, fighting off infection and receiving treatments for the second– and third–degree burns covering 70 percent of her left leg and the lower portion of her right leg. Fillerup was still not completely out of the woods when she was allowed to return home on Thursday, Nov. 30 to continue her recovery — she was still taking antibiotics and may require a skin graft procedure.

For the foreseeable future, Fillerup will need to drive the two and a half hours to Westchester at least once a week, until her doctors feel the treatments have progressed past the point of immediate danger. Following that, she expects that her total recovery time will take approximately nine months.

The single mother of two young sons, Adrian and Julian, Fillerup had just started a new job and had not yet completed enrollment in a health care plan. “And it turns out I needed it,” she said ruefully, explaining that the Human Resources department at the new Spa Mirbeau in Crossgates Mall, where she is now the Food and Beverage manager, is helping her to figure out whether she could retroactively enroll. “She’s not 100 percent sure that I’ll be able to do that, though.”

Jennifer Congdon, the director of Bethlehem Children’s School, heard what happened to Fillerup when her mother called to explain why Adrian had missed school. “We were all just stunned and heartbroken,” she said. “When it happens to anyone, it’s sad, but we just adore this little boy; he’s so incredibly precious. Just the thought of him being without his mom for even a short time was just heartbreaking to us.”

In talking with the family, Congdon became aware of the financial challenges the accident was going to cause Fillerup. While she said that members of the school community have also offered to help her navigate the healthcare system in hopes of acquiring retroactive coverage, the family is still facing a long recovery — both physically and financially.

Congdon said she spoke with staff and the school board and it was felt that the best thing for Adrian at a time like this is to be sure that he has consistency in his school life. So they told Fillerup that she won’t have to worry about Adrian’s tuition for the rest of the year.

Congdon also established a GoFundMe page to help pay for the $10,000 cost of the helicopter flight to Westchester, which wouldn’t be covered even if Fillerup manages to acquire retroactive coverage.

“We’ve been very touched by the outpouring of support from the community,” she said. “In just three days, we’ve raised more than $3,000 for them and it’s been both a heartbreaking and heartwarming experience being able to help this family

through this difficult time.”

“She called me and told me that she knows I work hard,” said Fillerup, acknowledging that raising four- and seven-year-old boys alone isn’t always easy. She said that she and her parents, who have four other children, had made the decision to spend the extra money to send Adrian to a good pre-school, regardless of the tuition costs. (Julian attends Slingerlands Elementary.) “So we chose the Bethlehem School,” she said. “And I’m grateful that we did.”

Fillerup didn’t expect any help from anyone. “I was unbelievably grateful and surprised,” she said. “Not only has my whole family showed up in rotations to take care of me in the hospital and bring me food — because I haven’t touched a single bit of hospital food while I’ve been here! — this also happened with Jennifer. I couldn’t even believe that she would go out of her way to do that.”

Speaking by phone on the day she was scheduled to return home, Fillerup said she had come through her first surgery well and that the pain is manageable with oral medication. She also said she was able to walk, albeit with some difficulty. She’s confident she’ll be able to manage the administrative aspects of her new job and is grateful that her assistant at Spa Mirbeau has been willing to step up during her hospitalization.

Fillerup has been touched by the support system she has been able to rely on during this time — from her new job, to her family, to the Bethlehem Children’s School community. “I know they’ve always had a sense of community, that I loved,” she said of the Bethlehem School. “But I’m beyond grateful for all of them.”

“We started with a lower amount,” Congdon said of the GoFundMe page at https://www.gofundme.com/yv8s8-melanies-medical-fund. “But we got such huge support right away that I thought, ‘Why don’t we just shoot for paying for the airlift to Westchester?’ It would be incredible if we could get there. It’s the holiday season and I think people are often looking for something to supplement their consumer purchases, something to feel good about. And so why not do our best to help this family out?”

LETTER to the EDITOR: Vote ‘no’ on Elsmere Fire District bond