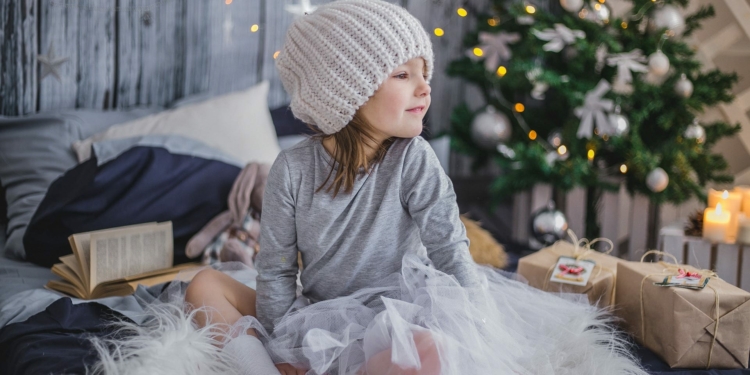 ALBANY — Millennials in the Capital District are not just looking for possessions this Christmas, they’re looking for a void to be filled.

When millennials are asked about what they want for Christmas, your typical answers do not quite come up.

Doorty wasn’t the only one with this sarcastic response to the question, “What do you want for Christmas?” James Carney, a recent University at Albany  graduate, had a similar “unreasonable” request.

“Can I ask for student loan forgiveness,” he asked.

Among the other sarcastic requests included more sleep from a political science major, hot women from an EMS worker and alcohol from a psychology major. One English major mentioned she wanted the hold lifted on her financial aid account. Another recent University at Albany  grad? “I want a real job.”

Although millennials have become more outrageous with their requests, material goods have not gone by the wayside. When I asked my 20-year-old brother, a musician for fun, what he wanted, he told me he was asking for an acoustic amplifier, a banjo and a 12-string guitar. He also wanted to get his hands on the newest Call of Duty game, “Call of Duty: World War II.” According to him, every guy at his school is hotly anticipating the newest release of simulated wartime action.

Some women are falling into the newest makeup trends. Cruelty free and vegan is the new go-to, and many list makers are looking to brands like Morphe (which just recently became more available by coming to Ultas nationwide) and Urban Decay.

Of course, clothing is still a hot commodity. Socks seem to be on every wish list, as do sweatpants. One student, 21-year-old psychology student Taylor Sweet, wanted a pair of nice boots. Another, 21-year-old journalism student Hannah Gauthier, wants some overalls. 2017 has turned into the year of comfortable clothing.

What many respondents were missing were the “hot items” that 2017 retailers promise to boast this shopping season. ThinkGeek is heavily promoting an “Infinity Cube,” a portable desktop cube that claims to show you the entire

galaxy just by tapping it. Brookstone, the innovative retailer that everyone knows for comfortable massage chairs, is selling an assortment of air fryers, a device that allows you to fry your food to crispy perfection without all of that grease.

Some respondents did mention they wanted new items for their homes. Kate Seckinger, a newly married millennial, said she is itching for a KitchenAid juicer attachment. Natasha Vaughn, a University at Albany  student, wants a heated blanket and new coffee mugs for her apartment. Perhaps the most versatile gift idea came from 21-year-old Brittany Lupinos, who wants a Keurig.

Miniature things are all the rage too, from cat ear headphones to oddly shaped bluetooth speakers. One respondent mentioned a Fitbit. If it’s portable, it’s in demand. This trend shows no inkling of stopping, especially since laptops are getting smaller, phones are getting thinner and earbuds are becoming wireless.

In the end, millennials seem to mirror the bigger picture this Christmas. We were kind of shocked to see how technology-deficient the lists were this year. Is this the beginning of millennials turning the tide and going back to something more old-fashioned? Is the resurgence of the popular Tamagotchi the signal of something more historical? Stay tuned.