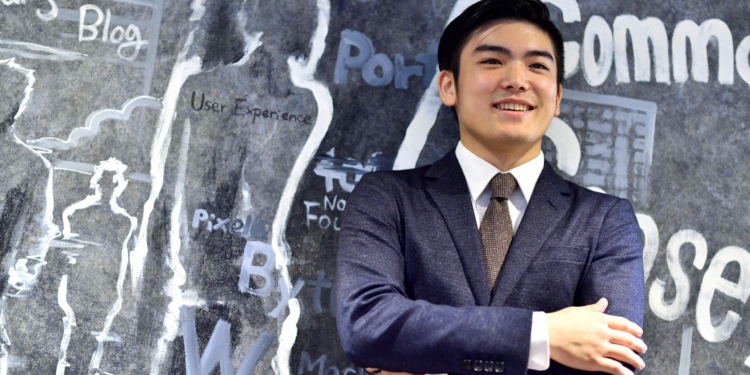 ALBANY — The business world can be foreign to the vast majority of creative minds, probably because the root concept of making money is so elusive to those slaving over a passionate endeavor.

But, creativity lives within this figurative land where aggressive players show “forward initiative” and passive bystanders “drill down” for more answers. Ironically, there’s something similar to the funk rock band that travels 100 miles to make $200 to play at a downtown bar, and a non-profit start-up pitching its mission statement to a room full of venture capitalists. Expressed passion inspires financial backing and possible success.

Seventeen entrepreneurs from across New York state gathered at the Hilton Albany, each to share their ideas in front of an audience with the hope of receiving one of five $50,000 awards. FuzeHub, a not-for-profit organization responsible for assisting small to medium-sized manufacturing companies in New York state, hosted the 2017 Commercialization Competition as part of the Jeff Lawrence Manufacturing Innovation Fund during a two-day competition that culminated Thursday, Nov. 16.

“Every venture capitalist is looking for ‘10x, something x, whatever-x’ [return of investment]. The solar energy industry is huge, and it’s only going to get bigger,” said Nancy Min, CEO and founder of Albany-based ecoLong, LLC. But, unlike a venture capitalist looking to benefit from investing in the “next big thing,” there are no such strings attached to the innovation fund.

“The goal of this investment is to move these early stage companies toward commercialization and we believe that these funds will help advance their products to the next level as well as to address specific challenges that they have identified,” said FuzeHub industry engagement manager Julianne Clouthier.

The two-day event not only promised the chance for additional funding, it also provided networking opportunities and industry specific panels.

On the final day, each company demonstrated the commercialization potential of its product with the stipulation funds must be used to produce or improve upon a working prototype so that it would allow them to pursue customers and additional investors and customers.

For Min, a technologist and Rensselaer Polytechnic Institute graduate, the money would help towards developing a weather monitoring system specific to aiding solar energy farms. The solar industry has grown exponentially in recent years. EcoLong sees opportunity to grow along with it by helping the burgeoning industry become more efficient.

“I actually read a report that by 2030 it is expected 4,000 gigawatts of solar is going to be installed around the globe,” said Min. “Right now, we’re at 300. This is over the last 20 years of installation.” Min’s team is developing weather prediction technology that literally helps combat against cloudy days, helping solar farms identify sunny days, and store away energy those rainy days. “Big opportunity. Once we get into the high-level penetration one of the biggest issues is, how do we mitigate variability and intermittency? That’s the problem that we’re trying to tackle.”

Synstainable Energy Systems already has  potential customers. The firm is developing technology that uses unprocessed garbage into fuel. Listening to Paul Amodeo explain it, the tech sounds a little like Mr. Fusion from “Back to the Future.”

“The product that we have — we actually developed for the Department of Defense — a waste-energy system that turns unique gasification technology,” said Amodeo, CTO of Systaniable Energy Systems. “Unique, in that, it works,” he said with a laugh.

The money at stake would neither make nor break the initiative of each firm. It would, however, help to fund crucial steps towards the process of building a prototype, and later, bringing in more investors. In the case of Sustainable Energy, the U.S. Government is already listening to the potential benefit of its technology. But, Amodeo and his firm hoped to earn money that would help market it for public use, too. They didn’t.

On the final day, Praxis Biotechnology, Inc. was the only Capital District-based firm to earn funding. The medication it is developing will help combat against rosacea, a skin condition that afflicts more than 16 million Americans. Alejandro Adam, founder of Praxis Biotechnology, said the $50,000 will go towards patient testing.

“There’s a wide range of manifestations,” said Adam, the physical symptoms could be anything from a burning sensation of the skin to scarring. Embarrassment, anxiety and depression could follow, and in some of the more serious cases that involve the eyelids, it can affect one’s vision. “Many of those patients don’t know they have rosacea; they are not even looking for a cure. Or, they tried everything and nothing worked, so they are out of the market. There’s a big chunk of that 16 million that is not even seeking relief from the disease.”