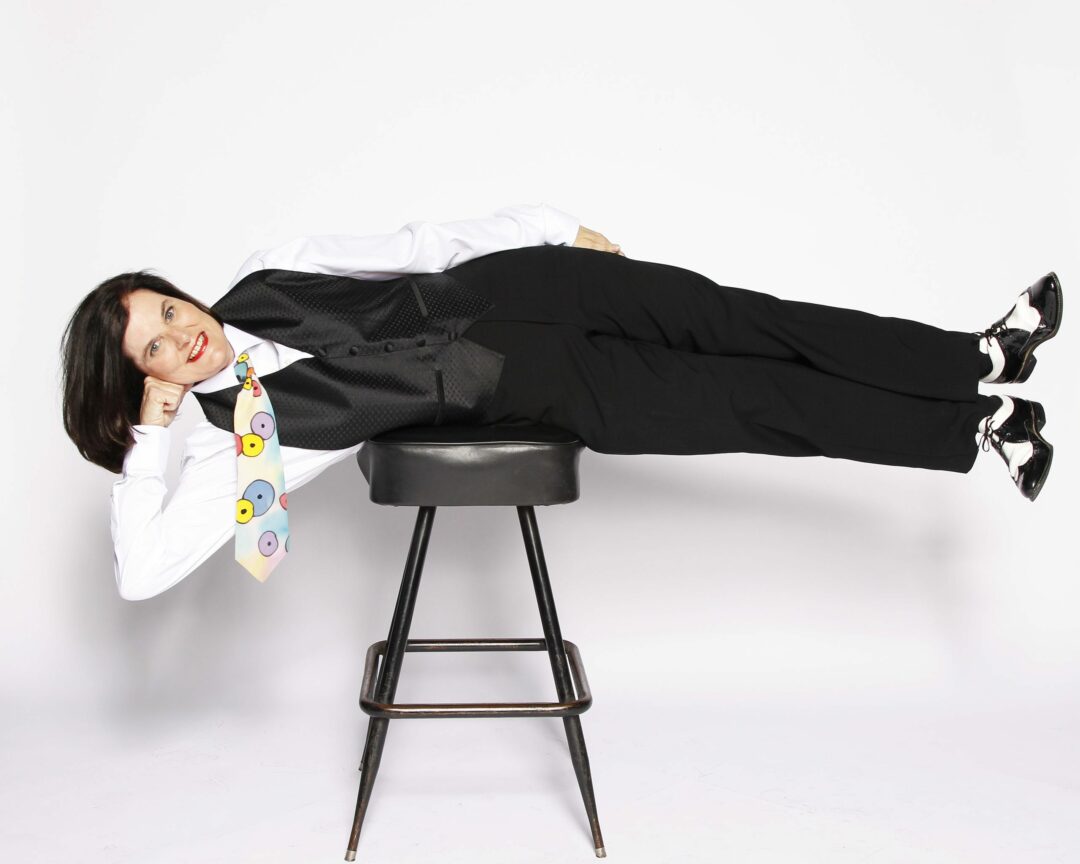 ALBANY — Paula Poundstone takes the stage nearly every weekend, armed with a story and a punchline often pulled from her own life experience.

For more than 30 years, Poundstone has been candid with audiences about her life. Whether on stage with Johnny Carson, in front of cable viewers on HBO, or through her two books — one of which just hit the stands in May — she pulls no punches as she shares stories of raising three kids on her own, dealing with addiction, even her lack of desire for sex; all subjects left opened for strangers to laugh about.

TheSpot518: “Do your children appreciate your humor? I mean, do they get the same Paula at home as we do?”

Poundstone: “My daughter Allie, sometimes liked to go to my shows. She would say, oh do this joke or do that joke, because she said she liked it. The other two didn’t have any interest at all in what I do. None. Zero.”

“And, around the house, am I the same? You know, I never have to yell at any of the audience members, or tell them they didn’t do what they were supposed to do or please do a better job of it. In that way, no. You know, like any family, there’s the family jokes. I was known to do a character or two in the kitchen.”

TheSpot518: “What kind of character was that?”

Poundstone: “Well, one was Edna, the former Olympic runner, who now has to serve these kids. One was The Queen. When they were very little, I did The Queen. … And, there’s one more: The Baby Rapper.

Poundstone: “The Baby Rap — [singing] ‘I’m a baby rapper.’ Yeah. And, this way, we endeavored to get through dinner. You know, they say you’re supposed to eat with your kids so they don’t do drugs. [Laughs.] Well, I don’t think any of my kids do do drugs, but I’ll tell ya. To deal with them, you really felt like doing some yourself.

TheSpot518: [Laughs] “My son has just turned a teenager, so I’m just starting to get to that stage, I think.”

Poundstone: “Well, parenting is complicated now. I firmly believe it is the hardest — it’s always been a hard job. It’s not an easy job, one way or the other. It’s a life of second-guessing yourself and worry. Worry is like the backbeat of the entire thing. But, electronics have made it much harder.” My son became an electronics addict, which is a real thing, I can not stress that enough. Even without becoming addicted, although the truth is every single one of those devices, and those apps and all that b—s–t, is all purposely designed to be addictive, and therefore — myself, included — there are very few people who escape. At the very least, strong compulsion when it comes to screen devices. He started with doing silly-stupid computer gaming. He just fell down the rabbit hole. It really does complicate being a parent. I think it’s brought our education system to its knees. It’s not good, particularly for developing brains. I mean, if you have a kid who played Pop Warner football and have an iPad, you

may as well just  get them now preparing the adult transitioning home. Because their brain isn’t likely to withstand all that.

Poundstone: “It is scary, and how many people don’t know. Which is why I go through the trouble of saying it. There’s a book called “Glow Kids” by Nicholas Kardaras, a very good book. There are other books on the topic. I think Nick’s book lays it out pretty good. I carry it with me. I carry copies on the road. I give away copies all the time. I just ordered another batch so I can give them to people. I’d even do it in the airport. Because, let me tell you, if you want to see electronics addiction? Go to an airport. Every family member on a screen device. And, they’re going away on vacation? And, that’s what they’re doing? They’re all separate, staring at this flat thing. Every one of them. Right there in a row. I would go up to the parent. I’d give them that book, [laughs] except it feels like someone is approaching them with the Bible, and I don’t like looking like that.

Poundstone: And, some of this was on the advice of therapist, behaviourists, and the couldn’t have been more wrong. They didn’t know what they were talking about. [The theory] of using it as an award. If he does this, then he gets this. If he does that, then he gets that. You can’t use something that’s addictive as a reward. It doesn’t work because they don’t have any resistance. What happens with any kind of addiction with something like the screen devices, is it over stimulates their frontal lobe which is the judgement/planning/self-control section of the brain. Now you’re giving them this thing that makes it impossible for them to follow the plan you have set up for them. It really would be like using heroin as a reward, a little bit. Guess what? That’s not going to go over very well. Anyway, I talk a lot about it on stage. I mean, I have a lot of jokes about it, actually. There were some, sadly, funny moments in our experience with it. I make jokes about it, but I also take a moment to sincerely say that this is a real thing. And, interestingly, in the many years that I’ve been doing it now, the crowd would initially sort of stare at me like, ‘Oh my god. What’s wrong with her?’ Or, like, ‘We’ll just indulge her for a few minutes, and then she’ll stop.’ But, over time, a stronger and stronger percentage of people applaud and respond to what I’m saying. Which is good news and it’s bad news. The bad news is because they know what I’m talking about because their families are suffering. But, I think for the longest time, people wouldn’t admit it. Because, as a parent, you feel sort of embarrassed. You’re like, ‘Oh my gosh. I did this bad thing.’ Why did I give my kid this thing? But, it’s time that we all wake up and smell the toast.”

TheSpot518: “Obviously, you take an interest in this topic because of your son, but I was curious as well with ‘Inside Out.’ I’m still watching that on a near daily basis with my four-year-old because she just loves the cartoon (and now I’m feeling kind of guilty admitting to that), but that movie was so well thought out.

Poundstone: “It really was. Pete Docter is a genius. … I remember telling him how I loved the joke, while they’re on the train and they knock the [memories] out of the — I think they were opinions and facts. They go to put them back and they go, ‘I always get them mixed up.’

LETTER to the EDITOR: Voter optimistic Democratic endorsements will prevail