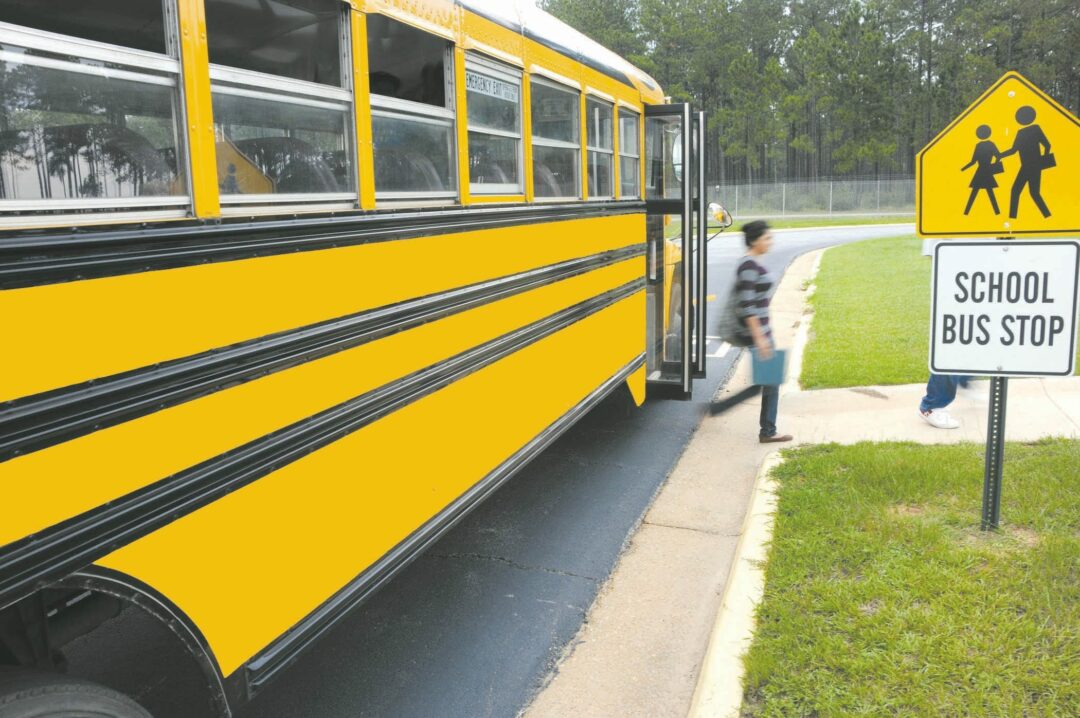 Being behind a school bus is one of the most aggravating situations, but passing one can be dangerous and expensive.

When a school bus stops and activates its yellow flashing lights, it means the driver is about to stop and discharge passengers. When it is stopped, with its red lights flashing, traffic in both directions must stop before reaching the bus so children can get off and, if necessary, cross the street safely.

When the lights flash, the law requires drivers stop even in front of the school, in school parking lots and on opposite sides of a divided highway.

According to the state Department of Motor Vehicles, fines for passing a stopped school bus can range from a minimum of $250 for a first violation to a maximum of $1,000 for three violations over three years and five points on your license.

Anyone convicted of three violations in three years will see their drivers’ license revoked for a minimum of six months and could face jail time.

“Passing a school bus when it is stopped is an incredibly dangerous act that puts children’s lives at risk,” said Terri Egan, DMV deputy executive commissioner and acting chair of the Governor’s Traffic Safety Committee.

Not everyone obeys, though.

Each year, the GTSC and the state Association for Pupil Transportation for Operation Safe Stop Day and state, county and local law enforcement agencies are out enforcing the law. Since 2003, agencies have picked a date to target bus routes across the state. On April 27, 70 participating agencies issues 1,037 tickets for passing a stopped school bus.

The New York Association for Public Transportation estimates that during the 2016-17 school year, an average of 40,496 buses were illegally passed every day, up from 29,800 the previous year.

According to a report by the National Highway Transportation Safety Administration that tracked school transportation-related crash data for 10 years, more school-age pedestrians were killed from 6 to 8 a.m. and from 3 to 4 p.m. than any other hours of the day.

From 2006 to 2015 there were 1,313 people of all ages killed in school transportation-related crashes — an average of 131 fatalities per year, the NHTSA report says. Fifty-four of them were occupants of school transportation vehicles, 137 were occupants of other vehicles, 102 were pedestrians, and 8 were bicyclists. Thirty-five percent of the school-age pedestrians killed in school-transportation-related crashes from 2006 to 2015 were 8 to 13 years old.

“With the start of the school year upon us, everyone must work with law enforcement to keep our youngest New Yorkers safe,” said State Police Superintendent George P. Beach II. “Make sure to pay particular attention to walking children, school bus traffic, and school zones. Please, watch the road, put down your electronic device and keep your eye out for children going to and from school.”