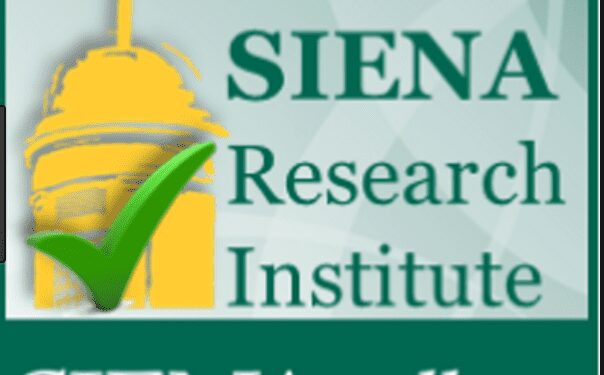 COLONIE – Pres. Donald Trump’s approval rating among New York state voters is the lowest since he took office and the worst since October, 2016, according to a Siena Research Institute poll released Wednesday, Sept. 6.

Trump’s 29-66 percent favorability rating is coupled with 75 percent of the state’s registered voters saying they are not happy with his job performance either, with 59 percent saying he is doing a “poor job,” according to the poll.

When it comes to making race relations better, 85 percent give Trump a negative grade, including 68 percent who give him a “poor” grade and 50 percent  who gave him an “F for his response to the events in Charlottesville, Virginia. Just 25 percent of New York voters gave his response an “A” or “B,” which leads to a hypothetical GPA of 1.94 or “barely a D+,” Greenberg said.

While a those who think self-identified white nationalists and neo-Nazis should not get permits to rally outweigh those who to by a count of 49-45, a strong majority, 59-35, say Confederate statutes and/or memorials should remain standing.

A small majority of Democrat think the statues and/memorials should be removed, 84 percent of Republicans and 66 percent of independents think they should stay. By a count of 52 to 40 percent, black voters say take them down but white and Latino voters by a margin of more than two to one say keep them up.

In general, 62 percent of New Yorkers think the country is headed in the wrong direction while 27 percent think it is on the right track – down from 33-58 percent in July.

Trump got his “least bad” rating on keeping America safe from terrorism, according to the poll, with 34 percent giving him a positive rating and 63 percent a negative rating, according to the poll. On three other issues – improving health care, working with Congress and making our nation’s race relations better – at least 82 percent of voters, and at least 65 percent of Republicans, give Trump negative grades, Greenberg said.

The poll found New Yorkers view Democrats in Congress as negatively as Trump, and gave them a job performance of 21-78 percent. Republicans are even worse with just 11 percent of New York voters viewing them in a positive light.

The Siena poll was conducted from Aug 26 through Aug. 30 by calling 771 registered voters in New York. It has a margin of error of +/- 4.2 percent.

EDITORIAL: You’re not done, yet