Carver celebrates ten years at Port of Coeymans, thanks community 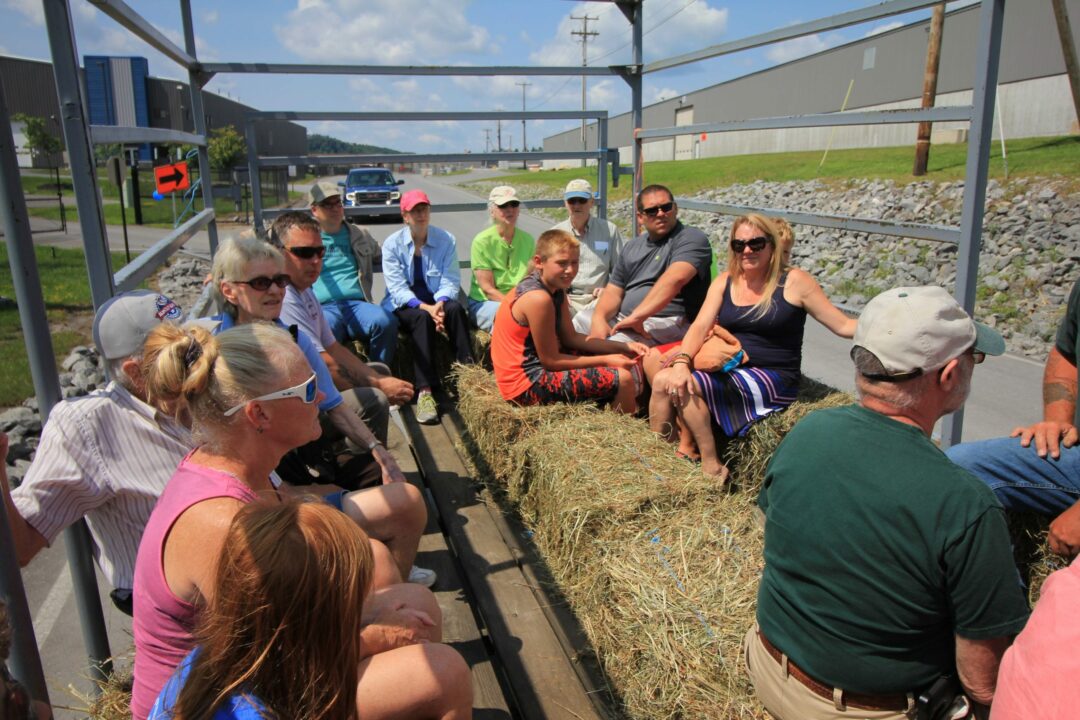 COEYMANS —The Port of Coeymans and tenants of the Coeymans Industrial Park celebrated ten years under the private ownership of Carver Companies on Sunday, Aug. 20, by hosting a Community Appreciation Day to thank residents and local leaders for their support over the past ten years.

More than 300 people showed up to the event, held at the full-service marine terminal, to take part in the bus and hayride tours of the grounds, as well as activities like fire truck and heavy machinery exhibitions, bounce houses, face-painting, giveaways, free food, and more.

“We are fortunate to be a part of a community that has shown us great support over the years,” said port owner Carver Laraway, who was on hand to guide some of the tours himself. “With this event, we want to acknowledge that support and bring our neighbors in to see what it is we do and how we plan to keep creating a positive impact on this area.”

Since Carver Companies purchased the port ten years ago, it has become a hub for the off-site construction of major projects ranging from bridge and road construction to shoreline rehabilitation. Carver Companies has invested private funding to improve infrastructure, repair buildings, make equipment purchases, acquire necessary permits, and expand Port usage, resulting in increased job opportunities for the region.

In a congratulatory letter to port occupants, Gov. Andrew Cuomo touted it’s success, saying, “the Port of Coeymans Marine Terminal has attained the status of a major employer in the area and has grown to include marine construction and barge, towing and tug boat services. The Port of Coeymans and surrounding ports are critical to a healthy, flourishing upstate economy.”

Infrastructure development has also included the construction of a two-lane bridge connecting the 125-acre Port with the Coeymans Industrial Park, a project, opened in 2014, that was completed at no additional cost to taxpayers and redirects truck traffic away from residential Hamlet and local commuter roads.

Food was provided by the Port of Coeymans and Mr. Ding-a-Ling served the ice cream.