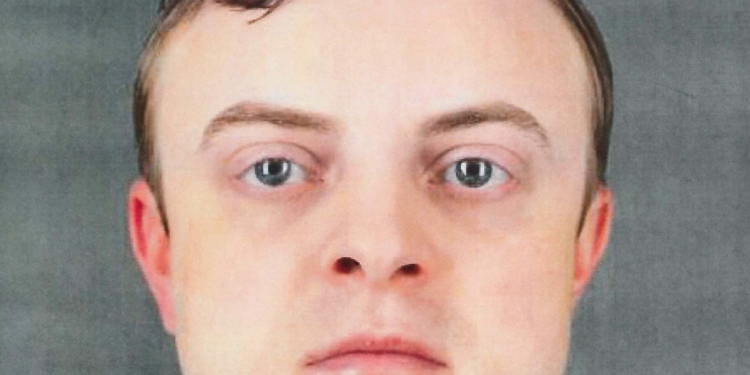 ALBANY – A judge dismissed the sex abuse case against a former employee at Vanderheyden Hall based on the premise the Justice Center for the Protection of People with Special Needs did not have the authority to bring criminal charges.

It is the second judge to bounce a sex abuse case based on the same legal argument and Albany County Court Judge William Carter cited that case – Miriam Viviani – as the “persuasive authority.”

Justin Hope, of Guilderland, was facing the felonies of criminal sexual abuse and endangering the welfare of a child as well as the misdemeanors of sexual abuse and sexual misconduct. In August, 2016, he allegedly plied a client of the Rensselaer County home for troubled youth with alcohol and marijuana, brought him to a sporting event and had sexual relations.

Carter dismissed those charges, and in his ruling said the case cannot be turned over to the Albany County DA.

However, prior to the decision, State Police arrested Hope – with Justice Center assistance – and charged him with three misdemeanors of sexual abuse in the second degree for the same incident. Those charges are still pending, and the case is being prosecuted by Rensselaer County District Attorney Joel Abelove, said a spokesman, rather than the Justice Center.

Hope’s attorney, Lee Kindlon, said there is the legal issue of double jeopardy – which basically protects a person from being tried for the same charge twice – that will have to be addressed as the case proceeds.

“Can you bring charges in a different county by a different set of prosecutors? It’s an interesting legal question,” he said. “I think the state is hedging their bets to see if they can get something against Justin Hope.”

In dismissing the case, Carter cited Marina Viviani, a teacher at The LaSalle School in Guilderland, and a dissenting opinion in a Court of Appeals decision that determined the Justice Center does not have unilateral authority to prosecute.

In 2016, the Justice Center charged Viviani with having inappropriate sexual contact with a student. In March, Judge Thomas Breslin ruled the New York State Constitution does not allow the Justice Center the authority to bring charges.  That power – he said after hearing oral arguments from Viviani’s attorney, Michael Pollok, the Justice Center and the Attorney General’s Office – is exclusive to the elected county DAs and the AG.

He cited a dissenting Court of Appeals opinion, written by Justice Jenny Rivera, which strongly outlined the dangers of a legislative body giving state agencies the power to prosecute. Since that issue was not brought up at the trial level, though, the merits were not addressed by the court as a whole.

If the Justice Center did cede ultimate authority and oversight to prosecute Viviani to the DA, Breslin ruled, it would have passed legal muster. The Justice Center, however, argued that it didn’t need the DA to sign off on or oversee anything because it does have the legal authority, granted by the Legislature, to prosecute.

“The Justice Center maintains that record development is unnecessary as the Albany County District Attorney’s Office did not maintain ultimate prosecutorial authority in this case and was not constitutionally required to do so,” Carter wrote. “Pursuant to Davidson and Viviani, this court finds that the Justice Center did not have unilateral authority to prosecute this case.”

In other words, even if the state Legislature did grant the Justice

Center the authority to unilaterally prosecute cases when it was created in 2012 without DA oversight, it was done improperly and violates the state Constitution.

“I applaud their mission statement, but in reality the courts are starting to realize that not every state agency can act as its own prosecutorial authority,” Kindlon said. “But, our constitution is pretty clear about who can prosecute a case, and I don’t think the Justice Center has a leg to stand on.”

The Justice Center did file a notice of appeal in the Viviani case, and Kindlon seems to think the appeal will include his case, and another pending case brought by the Justice Center against Nicole Hodgdon, who is accused of raping a student at Hope House in 2016.

She is being represented by Kindlon’s father, Terry Kindlon, who has a motion before Judge Roger McDonough to dismiss the charges based on the same legal argument.

Pollok, in a statement, said: “While I am not familiar with all the facts and circumstances of this new case, we maintain that only the Attorney General or county District Attorneys, or their duly appointed deputies and assistants, may prosecute crimes under the New York State Constitution.”

The Justice Center did not immediately respond to a request for comment.