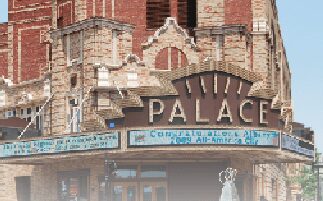 The 2017/2018 season will be the first to offer a year-round slate of programming. Seven productions will be hosted between this October and August 2018 at the Washington Park Lakehouse and the historic Cohoes Music Hall. Park Playhouse will co-present the Music Hall-based productions with its partner organization, Palace Performing Arts Center, Inc.

“Over the last eight years, Park Playhouse has enjoyed a period of growth as a business, and a revitalization of our artistic and production quality,” said Producing Artistic Director Owen Smith. “Since beginning our shared services agreement with the Palace in 2012, we have enhanced our offerings in year-round arts education programs and productions. The time is now right to continue that evolution and truly becoming a year-round producer of theatrical programming. We are excited to engage Capital Region audiences with high quality programming all year-round.”

A series of four productions at the Cohoes Music Hall will kick off the season.   “Always, Patsy Cline,” featuring local performers Benita Zahn and Molly Rose McGrath, will be presented in October, followed by a holiday production of “The Best Christmas Pageant Ever: The Musical” in December, featuring students from the Park Playhouse Kids program.

A professional cast will be engaged for the hit Broadway comedy “The 25th Annual Putnam County Spelling Bee” next March. Finally, students from the Park Playhouse II program will present “Little Shop of Horrors” next April.

The summer portion of the season will commence with a special anniversary production of the beloved Broadway hit “Damn Yankees” next July.  August will see a production of the tuneful and funny “How to Succeed in Business Without Really Trying” in Washington Park, with a youth production of “James & The Giant Peach Jr.” wrapping the season at Cohoes Music Hall.

Holly Brown, Executive Director of Palace Performing Arts Center Inc., highlighted the strong partnership between the two organizations, saying that “the Palace and Park Playhouse have achieved great progress in bringing quality arts education programming to our Capital City and the greater region over the last five years. We are proud to continue this partnership and to co-present a fantastic series of productions at the Cohoes Music Hall during this special, anniversary season for Park Playhouse.”  The Palace Performing Arts Center is the managing entity of the Cohoes Music Hall, having brought nearly 100 events to the Hall this season.  Park Playhouse and the Palace will also continue to partner on a series of “Theatre for Young Audiences” productions welcoming schools to the Palace Theatre and bringing scholastic tours to area schools throughout the year. The three titles for the upcoming year’s scholastic series will be announced soon.

The 29th Season of Park Playhouse begins this week as the company’s production of Ragtime begins performances. The 29th Season will continue into August featuring productions of The Music Man and Disney’s The Lion King Jr. More information about these productions, the 30th Anniversary Season and the Playhouse’s subscription offerings can be found online at www.parkplayhouse.com.