Video of inside Apple Store the day gunfire erupted at Crossgates 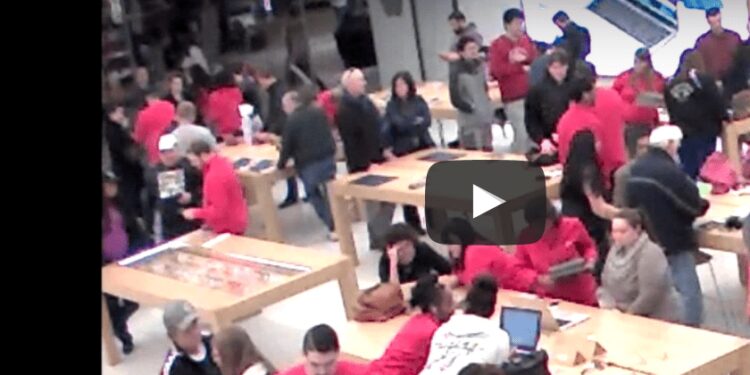 ALBANY – District Attorney David Soares released video of the chaos that occurred inside the Apple Store in Crossgates Mall when Tasheem Maeweather shot a gun off in the hallway on Nov. 12, 2016.

The video shows four different angles of people scrambling to the back of the store and hiding under the large tables are used to feature the Apple produects.

Maeweather was sentenced to up to seven years in prison on June 23 after a jury convicted the 20-year-old of reckless endangerment on May 5. He was acquitted of the more serious crimes of attempted murder and possession of a weapon.

But, he was already doing up to nine years in prison for a 2015 drug conviction and subsequent probation violation. The two sentences are to run consecutively.

Be bold, man: To make a statement, you can’t be meek, so be bold with your outfit