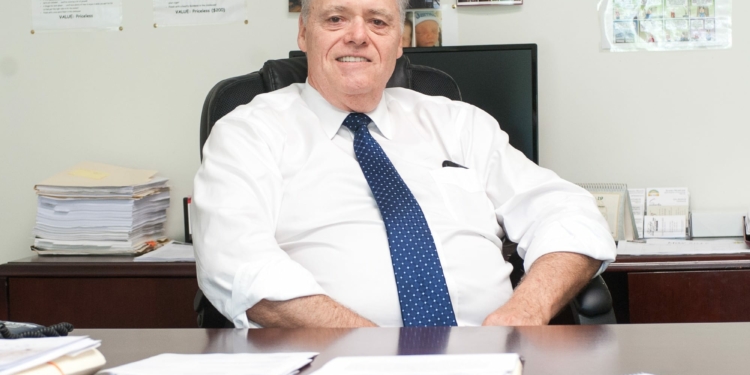 COLONIE – Attending to the growing senior population is easy. Some need housing, some need transportation to the doctor’s office, some need meals, some need help around the house, some want to stay healthy through wellness classes and others just need some company or sense of purpose in their Golden Years.

Paying for it, though, has been a challenge for municipalities, non-profit and for profit companies and society as a whole.

Colonie Senior Service Centers Inc. has figured out a way to provide the aforementioned services and many others while keeping itself in the black and it all revolves around housing.

“We don’t have the same profit motivation as a private company,” said Executive Director Ed Neary. “Everything stays in the organization and it supports the programs and services we provide to seniors which is our mission. We are very much a mission driven organization, and this is how we afford the mission.”

Any senior can sign up for a host of programs and services the center offers – the core mission – and pay for them through voluntary donations. For example, when a bus picks up a senior and takes them to a doctor or to lunch, the driver hands the passenger a blank envelop. When the senior is dropped off, he or she hands the envelop back with the anonymous donation.

The same system goes for meals served at one of the center’s facilities. Once, Neary said with a chuckle, someone put an Alka-Seltzer in the envelop, which he took as a pretty good indication of what the person thought of lunch that day.

It’s a system that works well for the seniors, but is hardly a profit making endeavor or even one that breaks even without some 400 rent-paying clients to back it up with a steady influx of cash.

Breaking even was a struggle for the center in 1999 before Beltrone opened its doors. That’s when Neary joined the board and two years later he left his lifelong career in banking to become executive director.

“It was an interesting decision,” he said from his office at Beltrone. “At that time the banking business was going through a lot of mergers and the market was getting smaller and smaller and I said maybe it’s time to do that legacy career people look for late in life.”

He brought business acumen to what is basically a social services driven, non-profit organization and the annual budget went from $1 million in 1999 to more than $8 million today.

One of  the first things he focused on was stabilizing the workforce by doing things to keep employees for more than a year. And made a concerted effort to recruit volunteers. Today, the center employs 70 full-time, half-time and part-time employees, and has more than 250 volunteers.

The center can’t pay much in the way of salaries, but it has given raises of at least 3 percent a year for the past 16 years, has a decent benefit package and can offer perks like free lunch and a membership to the Ciccotti Center.

“I like to see how many people are still here after five years. If they are, that means they drank the Kool Aid,” he said. “‘It’s nice to be in this position, but this doesn’t happen without dedicated the employees who we trust to do their job and who produce all the time day in and day out. That’s how we get these things done and get them done in a big way.”

He also expanded services by implementing things like Umbrella of Colonie, which helps seniors stay in their homes by hooking them up with handymen willing to work for a nominal fee, and the Toolbox, where seniors – and anyone – can donate tools which are sold to help sustain the core mission.

On the flip side, he has focused on finding volunteer work for seniors still willing and able to contribute – be it driving a bus a couple times a week or participating in the Umbrella program or just reading to children at the library.

“I have to say I’ve had the privilege of serving on multiple non-for-profit boards and Ed is the most dynamic executive director I have ever experienced,” said Pete Campito, the immediate past president of the Colonie Seniors Board of Directors. “He has a great tool set to run an organization of that size, and his heart is in the right place. He made my life very easy.”

Neary is planning to retire this summer and the next executive director, Diane Conroy-LaCivita, is already onboard and learning the ropes. There is also a new board president, Russ Ward. And King Theil is online and already filled to capacity so things are stable and ticking along. Now, the organization is looking to the future and anxiously awaiting the huge number of baby boomers to need its services.

“I have big shoes to fill,” Conroy-LaCivita said. “He has done an incredible amount for this organization and it’s grown, both in the way of bricks and mortar and in the programs we offer the community, under his leadership.”

Ward, a retired sociology professor specializing in gerontology, said now is a good time for the center to “take a deep breath” and see where the organization wants to be five or 10 years down the road. That can and will happen, he said, thanks in large part, to the foundation Neary established and the financial structure he solidified.

“I’ve used them in my own teaching as a model for how suburban communities provide services to the aging population,” Ward said.

Some 18,000 of Colonie’s population of 84,000 are seniors and the town can’t do or afford everything, said Supervisor Paula Mahan.

“There is only so much a municipality can do on our own so partnering with places like Colonie Senior Services Center Inc. and having Ed and his people working collaboratively with the town is a great asset for town residents,” she said.

Asked about what he is most proud of, Neary points to King Theil, which opened on May 1, the workforce and volunteer base, the fact Colonie Seniors works in four counties and how the organization “touches” some 10,000 seniors a year.

“When I think about serving the senior population I think this is what would help my mother and father,” he said, mentioning how he looks forward to spending more time with his six grandchildren, with another on the way, and how he may volunteer at the Toolbox.

But, he said, he is going to miss talking to the people.

“The stories are fantastic,” he said. “I tell all the employees to not get locked in the office. To get out and interact and talk to the people and they can tell you what it was like growing up in a different time and how it was back then. It’s been just a fascinating experience.”

NIGHT and DAY: Mister F and This Land Sings