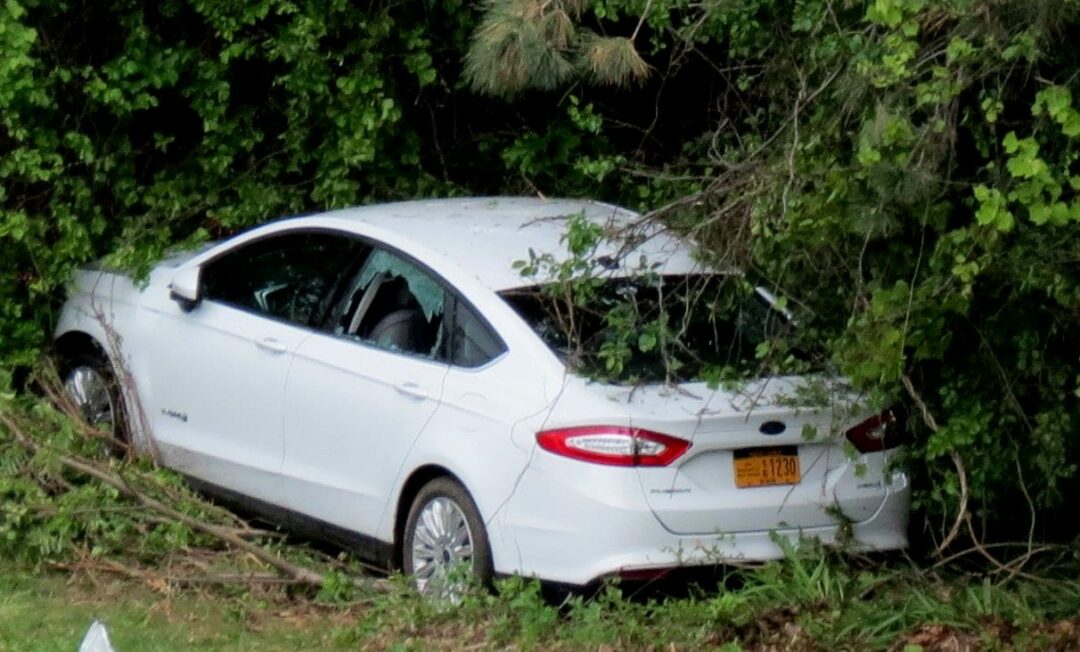 BETHLEHEM — The driver of a white vehicle registered to New York State DMV was taken to the hospital around 4 p.m. on Monday, May 23, after the vehicle, which was traveling southbound on the Thruway, went off the right should of the road near the Glenmont Road overpass. It traveled approximately 250 feet up the embankment, stopping at the overpass, according to sources.

The driver was reportedly transported to the hospital by Bethlehem Ambulance with two Albany County Paramedics aboard.

Story will be updated as details are confirmed by New York State Police.  (Not Bethlehem Police, as previously stated.)