KEEP it SIMPLE: Mac and cheese and the small joys in life 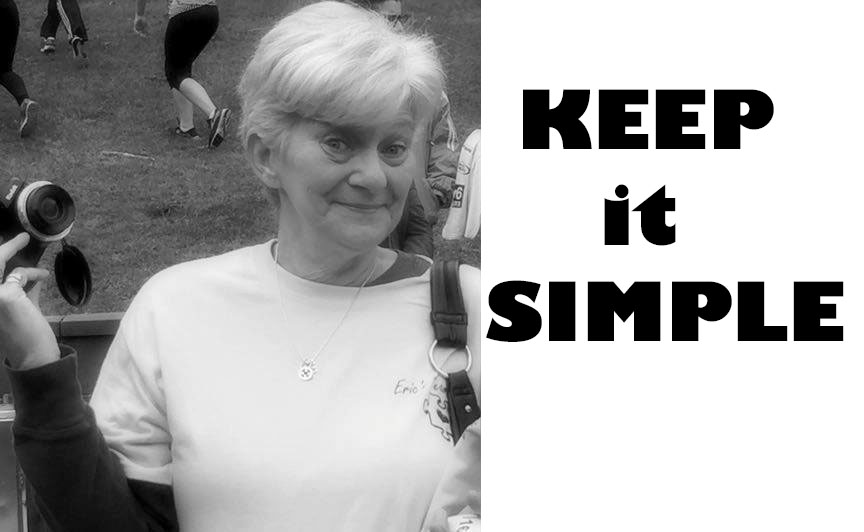 Don’t you hate it when the “Powers That Be” discontinue a product that you’ve come to love? How many times have we went to buy a tried and true product that we have been using for years only to find that it has disappeared in all stores? With no warning. Sometimes I get lucky and find that they didn’t discontinue it – instead they radically changed the packaging making it appear to have been discontinued.

Take Snapple drinks. I loved Snapple Green Apple. It was light enough to cool you down, yet flavorful enough to pick you up. I drank it for so long, nothing else tasted as good. My go-to when the store was out of it, was Snapple White Teas like cherry pomegranate, raspberry and peach. I love white teas because they don’t have an aftertaste. And I am not a soda drinker. The only one I loved was Snapple’s Crème d’ Vanilla Soda? Of course, you might not have ever heard of it as it was discontinued long ago. Well, Snapple, I’m sorry but you’ve given me no choice but to switch to Lipton Green Tea with honey.

Thanks for the memories.

If you think it bothers me that this happens, you have no idea what it does to Autism families. Many of our kids are picky eaters. I’m not talking just usual picky either. Children with autism sometimes have restrictive and ritualistic behaviors that affect their eating habits.

My grandson Eric has very few foods he will actually eat, and one of the goals of both family and teachers is to get him to try new foods. Now mind you, only certain brands of these foods will do. For example, Eric can tell the difference between all brands of chicken nuggets without seeing the package. If it is not Banquet, he won’t eat them. It never ceases to amaze me.  Just one little sniff and he knows. Even when we try to put other chicken nuggets in the Banquet Package and show it to him. No dice. Not only is he a very selective eater, he is stubborn.

For a long time, he absolutely loved the Kraft Easy Mac (single serve cups), ALFREDO ONLY. It was the first thing he went for when arriving at my house. Straight for the snack drawer and the Alfredo Easy Mac. I love making my little guy happy.

So, to make a long story short, wouldn’t you know that about five years ago, Kraft discontinued the Alfredo cup. The most popular one! Really? Well, I was able to buy them online for a long while until that was no longer an option. And no other would do for him. I was desperate so I took to my Facebook and posted the following:

“To all my Facebook friends, I have a favor. Most all of you know that my grandson Eric has Autism. He is a very selective eater, as well as being very stubborn. He absolutely loves the Kraft Easy Mac (Single Serve Cups) ALFREDO ONLY. Most of you know that I order this online for him because the Alfredo is no longer available in stores. Well I have exhausted all my resources completely and no one sells it online any longer. So… I am asking if any of you find this in your area (I’m hoping maybe they still sell it in some areas, or if someone sees it somewhere) please, please let me know. It is the first thing he goes for when he comes to my house and I have felt so good that I was able to still get it for him. I only have two left and I am not looking forward to the time when his snack drawer is empty.  I would be so grateful if anyone can help.”

I have lots of Facebook friends from all over the country and a few out of the country. The search for Alfredo Mac and Cheese went on for weeks. Friends of mine checked in dollar stores in their area which sometimes sells discontinued things. Corner convenience stores were raided in many states. Then friends of my friends became involved. I’m surprised it didn’t make the local news. LOL … no, just kidding. I’m not that popular. But we had no luck. No Alfredo Easy Mac anywhere to be found. I tried everything and finally gave in to the fact that Eric’s mac n cheese days were over. I posted the following once during the search:

“I tried it again today. Bought the Alfredo in the box. Even bought the spiral noodles. Put noodles in little cup. Some of the Alfredo powder in a little packet I had saved and put it together. He saw me with it, looking all normal like usual. When I gave the bowl to him, he smelled it, and ran over to the cup. Looked at the cup. Looked all confused and went back, got the bowl and handed it to me. You’re not fooling me one bit.”

Now, five years later, and about two months ago, Eric came across his cousin’s cup of regular mac and cheese. He looked it all over, handed it to me and went back to his computer.  Did he know it was the orange Mac n’ Cheese? With growing excitement, I prepared it for him just as I did the Alfredo. Hesitantly I put it in front of him and waited. He touched it, sniffed it.  Tasted a little on his tongue and then proceeded to eat like he was starving. Ahhh, it’s the small joys in life.

The snack drawer is full once again, and I am buying Lipton Green Tea with Honey by the case.

Debbie Potocki Provost can be reached at [email protected]