HEALTH and FITNESS: That ‘relaxing’ glass of wine could be killing you 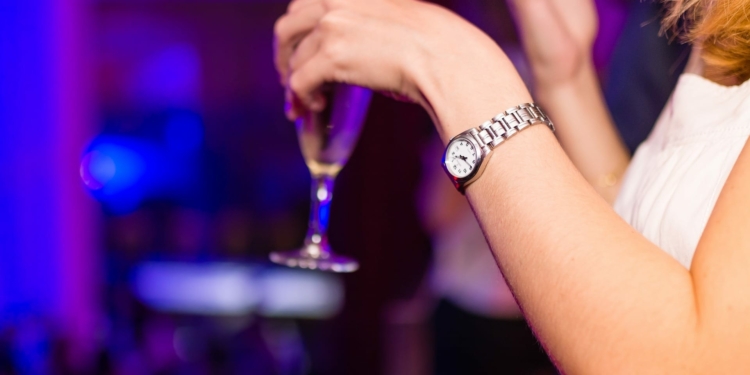 As a personal trainer and certified nutrition coach my job is to tell people the truth and hold them accountable for their actions.

As you can imagine there are times I tend to piss people off. If I’m doing my job, I’m telling them what they need to hear, and not what they want to hear. This contradicts what you see and hear in the media, where in an effort to get you to read their paper or to watch their television show, they’ll tell you what you want to hear.

So, what topic of conversation am I approaching today, that will likely set you off?

In this country, we have a serious problem with alcohol. Now, I’m not talking about being an alcoholic. (Although, in my opinion, that particular disease is far more prevalent than most people realize.) No, I’m taking about the average person who unwinds to “just one glass” of wine each night.

I can already see the blood starting to boil on some of you.

Here’s the truth you don’t want to hear: Most people are drinking far more than they’ll admit. Our “just a glass” in most cases is actually two or three. The standard drink is roughly 14 grams of alcohol. At a restaurant or bar, that equates to one 12-ounce can of beer, four ounces of wine or one-ounce shot of distilled spirits.

At home, we’re a little more liberal with our pours. That “one glass of wine” most people pour is closer to 12 ounces. So, instead of filling our wine glass with just four ounces, we fill it to the top. That translates into an actual serving of three glasses. But, do we stop there? Nope. After enjoying a second glass of wine, we had something closer to six servings of wine.

How does this effect our diet?  Let’s take a moderately active, 120 lbs woman. Her caloric needs are somewhere between 1,200 to 1,500 calories a day. If we apply the drinking habits above, with a standard glass of wine is about 150 calories, she’s drinking as many as 750 calories — more than half her recommended total caloric intake — in alcohol. And, getting zero nutritional value in return.

I think we can all agree that someone who is drinking half their calories each day in alcohol may have a problem. But, for someone trying to lose weight, that’s not even the worst part. And, it’s something I see on a daily basis.

Most people come to our studio because they want to lose weight and get in shape. The majority of them start in our beginner’s program, which is designed for those who haven’t worked out in a while and are looking to change their lives. As part of the program, we ask them to give up one bad nutritional habit for the following four weeks. Most give up cookies, chips, ice cream or some other treat.

We never hear someone say they’ll give up alcohol, and when we ask, you’d think we’d asked them to drown a litter of kittens in the bathtub. Which speaks to how ingrained alcohol is in people’s lives. It’s the No. 1 reason people don’t see real weight loss results. Most people know that they need to exercise more and eat better.  And as our fitness family members can attest that goes a long way toward getting healthier. But, we also see many people who are killing it in their workouts and eating right, but not seeing any weight loss results.

And, the problem is not just the number of calories they are consuming. The real issue is the effect alcohol has on the body in other ways. Whenever we drink alcohol, our body immediately responds to get rid of it. In a manner of speaking, the body views it as a poison. It becomes our body’s priority to digest and extract the alcohol. The acts of burning fat or digesting the carbs and protein you ate are turned off while the body focuses on burning off the alcohol.  That process can take hours.

A standard drink can take as many as ten hours to be processed out of the body. For the average drinker, you have to extrapolate that number by the real number of drinks consumed. So, that person who’s killing it in the gym and eating right, never sees results because his body is focused exclusively on burning off alcohol all day, every day.

Those who decide to give up alcohol often find themselves seeing results. They add lean muscle and feel better. So, if you’re dieted and exercised, but have not seen the results you thought you would, take an honest account of how much alcohol you are drinking and then try to cut back. As much as you might hate hearing it, if you are overweight, out of shape and have other health issues, you need to reconsider that “relaxing drink.” You may have an alcohol problem.

The choice is yours. What’s your priority?

Dan Romand is co-owner and operator of Full Circle Fitness-NY in Colonie, where he is also a certified personal trainer. You can often read his health and fitness column here in TheSpot518.

NIGHT and DAY: Reverbicon and Albany Toy and Comic Show