New digs for dogs (and cats, and gerbils and snakes …) 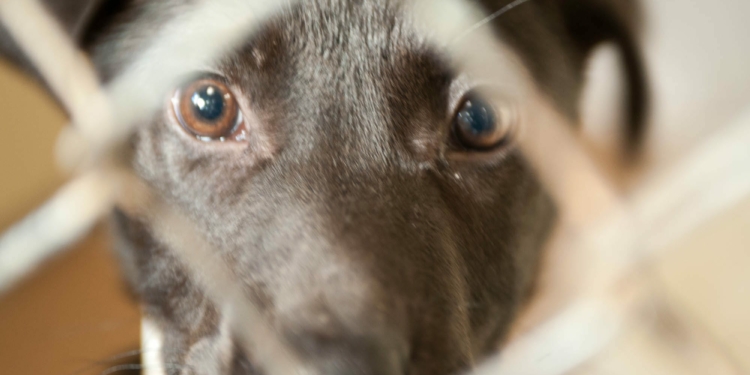 MENANDS —  The Mohawk Hudson Humane Society has been caring for animals for more than a century, and it’s taking that expertise south of the border and increasing its capacity to do so here at home.

In fact, when the barn at MHHS — which is slated to get torn down because it is in the way and holds no historical significance outside of memories — was built in 1913, it was one of the first structures in the U.S. built with the purpose of being an animal shelter.

There were others, said MHHS President and CEO Brad Shear, but most, if not all, were existing structures converted to shelters.

The “Sister Shelter” program is part of the Humane Society of the United States, though the MHHS is an independent facility that works with the national organization. There are 11 shelters across the country in the program working with nine Puerto Rican shelters.

While stray, abandoned and abused animals are a serious problem in the upper 50, it is rampant in Puerto Rico, Shear said, and it’s impossible to pinpoint how many stray animals are running around the island or how to get a grip on the problem. Some estimates say, mixed in with the 3.5 million people, there are 300,000 dogs and about one million cats living on the streets.

One answer was obvious to the team who recently visited the island for two days to assess the problem – cheap, accessible spay and neuter programs are non-existent.

That’s just one vet for nearly the entire town.”

Barriers to becoming a vet in Puerto Rico are varied – including the cost and hurdles to get licensed – but it comes down to the existing vets who dictate the parameters and really don’t want to see the volume of their practices dwindle because of an increase in competition.

The animals that are on the Puerto Rican streets, though, are not “feral,” and vicious but rather socialized and well behaved.

“I was amazed at how friendly the dogs and cats are,” Shear said. “It’s one of the reasons the shelters struggle. Why go to a shelter when you can just get a friendly animal off the street and take them into your home?”

While Shear and company were impressed with the cleanliness and efficiency of the shelter they visited, they did notice many more people bringing animals in relative to those taking animals home.

It’s the opposite of what is currently transpiring in upstate New York, which is why MHHS, when it has room, brings dogs and cats up from southern states like North and South Carolina and Tennessee to help out.

“Typically, there are parts of the country where there are too many animals and not enough homes. Up here there are more homes than we have pets, so we bring some of them up and find them homes,” said MHHS Vice President of Operations Todd Cramer. “It’s not a solution by any means. But it is a band aid. What we really need are spay and neuter programs in those states too.”

MHHS does not bring animals from Puerto Rico because it is cost prohibitive, but there are some programs that do and it does help – a little bit.

“It still doesn’t address the root of the problem which is there are too many animals breeding,” Cramer said.

Slated to open in June is the new, $7 million building to replace the old barn that has been haphazardly added to over the years and the other buildings that have sprung up at the MHHS facility off Broadway.

It will allow the shelter to house about 150 more cats and dogs from the current 200, and offer vets state of the art facilities for spay and neuter programs as well as other types of care. And, since the shelter takes in any animal that can live in the home – rabbits, snakes, gerbils, ferrets, etc… – there will be more space for them too.

Shear and Cramer stress the shelter’s primary responsibility is here, and Capital District animals are a priority. For example, right now MHHS does help out other shelters by taking in cats, but come summertime, it will be inundated with local strays so it will stop.

Construction of the 32,000-square-foot building hasn’t been easy. The site is located on a flood plain and some 27,000 cubic yards of earth insufficient to build on was taken out and replaced. The site, said Joe D’Amore, the superintendent from the general contractor BBL, was filled with all sorts of debris including old bridges and roads and even an old, rusted strong box.

“No, it wasn’t loaded with cash and Jimmy Hoffa wasn’t in it,” D’Amore said.

Funding, Shear said, is also an ongoing struggle. Some rooms have sponsors at a cost of up to $10,000, depending on the size, and the facility is selling personalized tiles for $275 and $500.

When complete, it will be leaps and bounds from the when the Humane Society of the U.S. was created in 1887 to care for animals and abandoned children.

“They were both considered property at the time,” Shear said.

“If you go back 20 years, we were euthanizing 40 percent of the animals and now it’s about 10 percent,” Shear said. “Twenty years ago, people were getting animals from pet stores and breeders now we are the largest source of animals in the Capital District and a big part of that is how we present ourselves. Animal shelters have made it sort of the ‘cool thing’ to do by getting your animal from a shelter.”

EDITORIAL: Welcome, leave us your trash