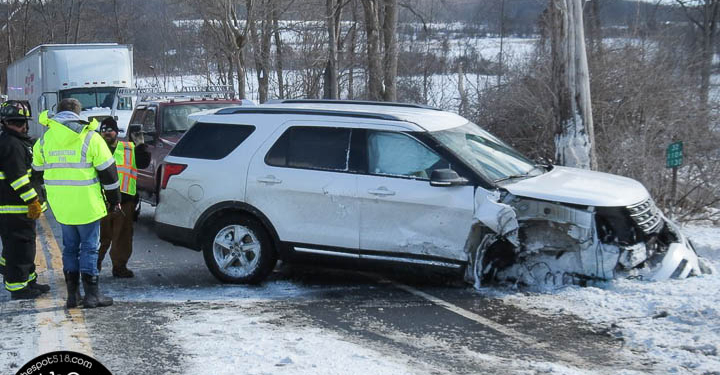 NEW SCOTLAND – A female driver lost control of her vehicle after hitting a snow drift on Route 32 and slammed into a utility pole.

At about 12:30 p.m. on Monday, Feb. 13, the woman was driving near Rowe Road when she came over the crest of a hill and drive right into a snow drift that had accumulated across the road.

The operator was examined at the scene and refused further treatment.

Valentine’s Day packages are sent to the troops