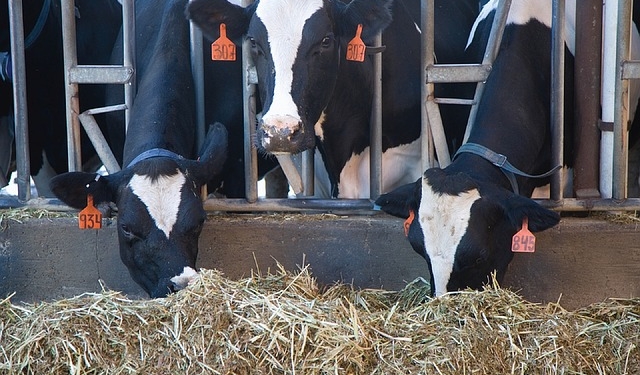 ALBANY — Gov. Andrew Cuomo has announced $14 million in grant funding to protect soil and water resources across New York state. The grants, funded through the Agricultural Nonpoint Source Abatement and Control Program (AgNPS), are intended to address water quality challenges on farms in critical watersheds around the state.

“This is the 23rd year it’s being offered,” said Susan Lewis, administration manager for the Albany County Soil and Water Conservation District (SWCD), the entity responsible for applying for AgNPS grants. Since Round 14, she said, the county has been awarded five contracts totaling $584,566. Those funds are not intended to cover the entire cost of the proposed projects, which can involve either planning or implementation of projects intended to reduce and/or prevent “nonpoint source pollution” — pollution resulting from rainfall or snowmelt waters moving through wider areas of land that are difficult to pin to a single “point source” — from agricultural activities in various watersheds around the state.

The Middle Hudson Watershed, which SWCD has identified as its number one priority, is the largest of three watersheds affecting Albany County and encompasses all of Bethlehem and New Scotland, the vast majority of Guilderland and a little less than half of Colonie. It is composed of 19 sub-watersheds, each of which is analyzed for usage, water quality and sources of pollution. Priorities are identified through the county’s Agricultural Environmental Management program (AEM), a state-incentivized program intended to help farmers “make common-sense, cost-effective and science-based decisions to help meet business objectives while protecting and conserving the state’s natural resources.”

According to the Albany County AEM 2015-2020 Strategic Plan, some of the pollutants impacting the Bozenkill, Black Creek, Indian House Creek, Vly Creek and Watervliet Reservoir sub-watersheds, as well as all other sub-watersheds within Middle Hudson Watershed, are likely to stem from agricultural practices. The Watervliet Reservoir, it notes, is the primary source of drinking water for Guilderland. Suburban development and a lack of water quality protection measures on agricultural lands to mitigate things like streambank erosion, overgrazed pasture, fertilizer usage and storage, and cropland erosion, are cited as threats to the long-term viability of the reservoir as a source of drinking water.

“The AgNPS grants are important to enhancing water quality efforts on farms across the state,” New York Farm Bureau President David Fisher said in a statement. “The money has proven to be effective in preserving our natural resources, and New York Farm Bureau encourages farmers to work with their county Soil and Water Districts to take advantage of the state funding for environmental projects.”

SWCD can apply for Round 23 of the grant program on behalf of farmers through the state Department of Agriculture and Markets. Grants will be awarded to help farms with environmental planning, including the implementation of management systems, planting vegetation along streams to intercept runoff and planting cover crops after the annual harvest to protect the soil.

Managed by the Department of Agriculture and Markets and the state Soil and Water Conservation Committee, the program is a part of the AEM framework. “Through the Agricultural Environmental Management framework, Conservation Districts work with farmers to help protect the state’s natural resources,” said Lewis, noting that AgNPS funds enabled a farm in New Scotland to install a barnyard runoff management system to prevent manure from livestock from entering a nearby waterway. “Farmers voluntarily work through a tiered process to document their environmental stewardship. Through this, environmental concerns are identified and the District works to develop farm specific conservation plans. Farmers then choose their own level of participation.”

“Our farmers do all they can to be good stewards of their land and remain committed to the environment,” said state Agriculture Commissioner Richard A. Ball. “This funding will help prevent water pollution, reduce erosion and limit harmful sediments and other nutrients in New York’s waterways, while supporting the growth of the agricultural community.”

The AgNPS program is funded in the 2016-17 budget through the New York state Environmental Protection Fund (EPF), which the Governor proposes to continue in this year’s

Niskayuna man run over by a truck in Colonie