Colonie police are looking for the owners of stolen merchandise 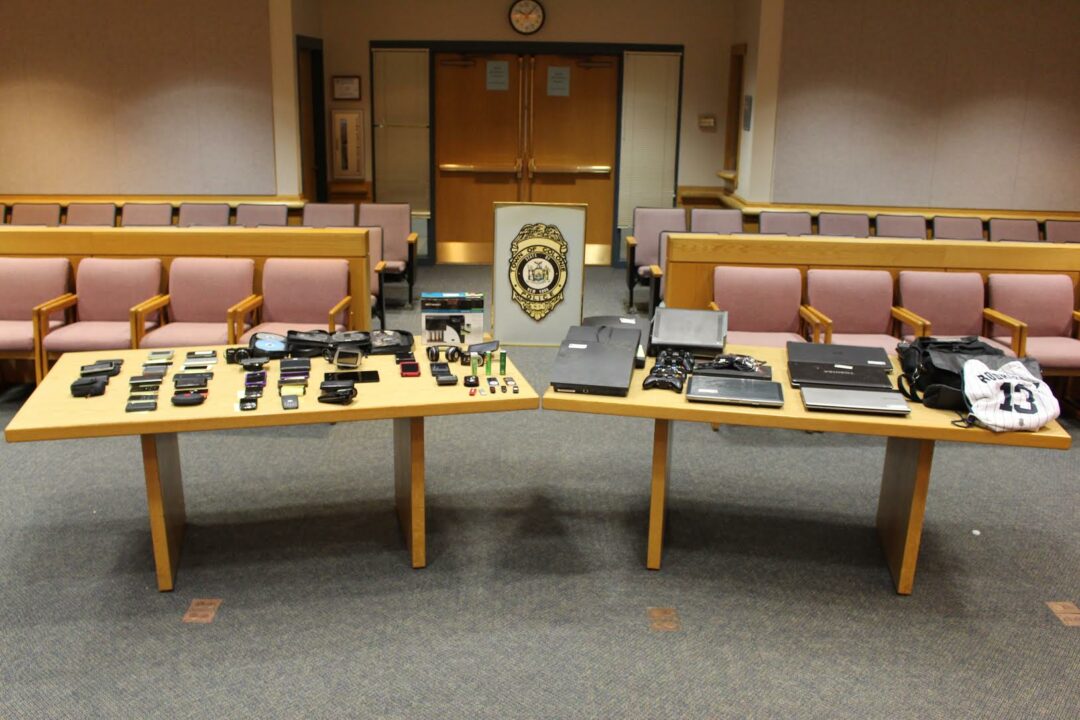 Stolen property currently in the possession of the Colonie Police Department. (Photo via Colonie police)

COLONIE – Police are looking for the owners of merchandise that was stolen from a number of vehicles throughout the Capital District.

The thefts occurred between the middle of September and the beginning of November, 2016.

Some of the property has been returned to its rightful owners. Anyone who was a victim of a larceny during that time frame, and believes their property is in police possession, is urged to contact Sgt. Daniel Belles after 3 p.m. at 783-2754.

Colonie police investigated 288 larcenies from vehicles in 2016 and in most cases the vehicles were left unlocked.

While vehicles occurred throughout the town, two areas are targeted: In Loudonville in neighborhoods off lower Route 9 and lower Albany-Shaker Road and in the village between Sand Creek Road and Central Avenue.

Some crime prevention tips include:

-Keeping your vehicle locked and the windows rolled up.

-Keep valuables out of sight.

-Do not leave spare keys or fobs in the vehicles

-Report all suspicious persons or vehicles.