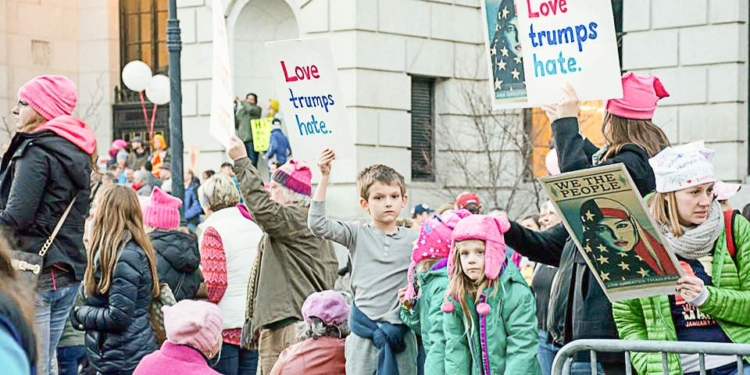 People of all genders and races joined together in downtown Albany this weekend to march in solidarity with other people all over the world against the recent inauguration of Donald J. Trump, the 45th President of the United States of America.

The march in Albany, which commenced at 155 Washington Ave. outside the Albany Public Library, winded its way down the street and ended in West Capitol Park. Thousands of people, some dressed modestly, others sporting pink, and rainbow wings, marched by onlookers with cameras, proudly holding signs denouncing different aspects of Trump’s administration, or professing their support for issues such as climate change, healthcare, and women’s rights.

Jamaica Miles, an event organizer, spoke to the massive crowd gathered around the stage and implored marchers to stay further engaged and involved by joining with any of the groups that co-sponsored the event.