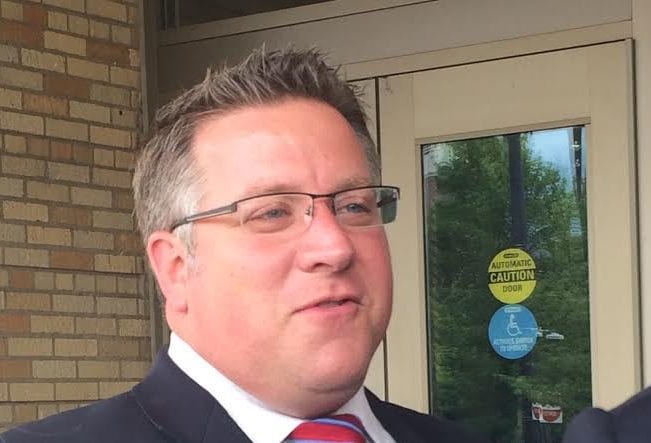 Albany County Executive Dan McCoy has announced the launch of a public awareness campaign coinciding with National Slavery and Human Trafficking Prevention Month and the upcoming National Human Trafficking Awareness Day on Wednesday, Jan. 11. The issue of human trafficking is a growing concern in the county, according to officials, and the state has provided Safe Harbor funding for billboards and signage in CDTA bus shelters and on buses in the county.

“The county recognizes the severity of the issue of human trafficking and the fear that victims face,” said McCoy. “This public awareness campaign will bring needed focus on human trafficking, encourage victims to reach out for help and address this human rights issue. All too often, victims are afraid to come forward and we are working to change that.”

According to the state Office of Children and Family Services, two types of Human Trafficking can be found in New York and in the United States. Sex trafficking, defined as profiting from prostitution by providing drugs, using false or misleading statements, withholding or destroying government documents, a pattern of coercive conduct, or other acts. The second is Labor Trafficking, defined as compelling or inducing a person to engage in labor, or recruiting, enticing, harboring or transporting another by providing drugs, withholding or destroying government documents, force, or a pattern of coercive conduct.

The data provided by the state OCFS and from the Polaris Project and the National Human Trafficking Hotline reflects the impact of human trafficking:

The public outreach campaign features six billboards in the county, all of which will be in place through the end of January. The billboards feature a hotline number and the social media hash tag #IMNOTFORSALE. The funding comes from the Safe Harbor Project, a program authorized by the 2008 New York State Safe Harbor for Exploited Children Act, legislation aimed at protecting and securing services for sexually exploited youth.

Ask Your Daughter: My heroes