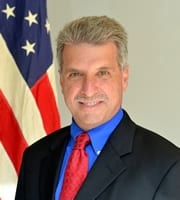 The ten-member minority conference of the Albany County Legislature has chosen Frank Mauriello (R-27) to serve as minority leader for the next three years. Mauriello was re-elected by the conference, nine Republicans and one Conservative, at their caucus on Monday, Dec. 5.  Paul Burgdorf (R-23) was chosen to fill the vacant position of deputy minority leader.

“I’m pleased to have the confidence of the members of the minority conference,” said Mauriello, who initially won the position last year after the conference was split following a contentious battle for legislative chair, when presumptive leader Peter Crouse (R-24) and three other minority members voted against a bipartisan reform coalition. “In 2017,” he said, “the minority conference will continue to fight for the taxpayers of Albany County.”

Mauriello, who is serving his first term as a county legislator, formerly served on the Colonie Town Board and Board of Fire Commissioners for the Midway Fire District.  He currently serves on the South Colonie Central School District’s Dollars for Scholars board and is a Funeral Service Consultant with Matthews Aurora Funeral Solutions.

Burgdorf, of Latham, was appointed to serve as the deputy minority leader, a position that was vacant in 2016.  “I am excited and honored by my selection as deputy,” he said. “I look forward to working with our conference and all members of the legislature to forge bipartisan legislation benefitting Albany County residents.”

“Our agenda for 2017 will call on the Legislature to increase public transparency, fight to decrease spending, downsize the legislature and implement a truly independent redistricting process for Albany County,” said Mauriello.