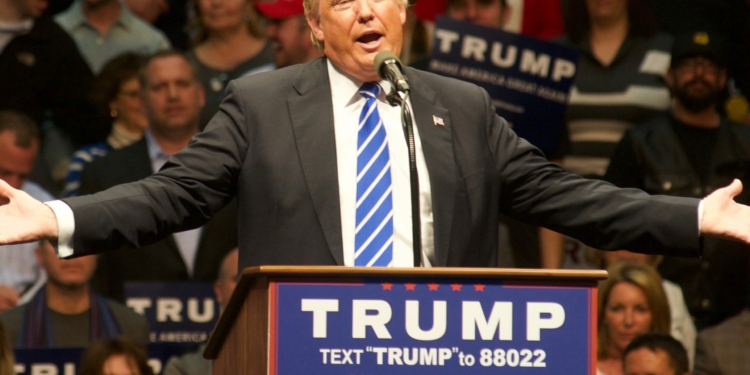 Last week, U.S. Rep. Paul Tonko signed a letter to President-elect Donald Trump, urging him to reconsider his appointment of Steve Bannon—a man widely reviled as a white nationalist due to his documented, longstanding ties with the exclusionary ideology—as chief strategist in the Trump White House.

At the same time, civil rights groups, such as the NAACP and ACLU, were condemning Trump’s choice of Alabama Sen. Jeffrey Sessions—a man who has denounced the 1965 Voting Rights Act and labeled the ACLU and the NAACP “un-American,” saying the organizations “forced civil rights down the throats of people”—for Attorney General.

“Hate has no place in the White House,” said Tonko. “Bannon has pieced together a career of racist, sexist, anti-Semitic, and xenophobic rhetoric and should have no role advising the most powerful individual in the world. Mr. Trump must reconsider his choice and appoint a White House staff that is inclusive, diverse, and respects American values.”

Brietbart News, with which Bannon—arguably the most powerful person on the new White House team—has been associated with since it began in 2007, is known for pushing nationalist policy positions, as well as conspiracy theories, and has been criticized as being racist, sexist and anti-Semitic. In a recent interview with The Hollywood Reporter, he extolled the virtues of “darkness” and credited the likes of Dick Cheney, Darth Vader and Satan (yes, Satan) with having true “power.”

“It helps us,” Bannon said, “when they’re [liberals? voters? the American people?] blind to who we are and what we’re doing.”

“The Trump cabinet is like a KKK Convention being broadcast on primetime TV,” tweeted Black Lives Matter leader DeRay Mckesson on the morning of Friday, Nov. 18.

Less than two hours later, the NAACP tweeted about Trump’s AG pick: “Sen. Sessions as AG is deeply troubling, and supports an old, ugly history where Civil Rights were not regarded as core American values.

“Sen. Sessions has called the ACLU un-American and communist, assertions we flatly reject,” said ACLU Executive Director Anthony D. Romero in a statement released the same day. “His positions on LGBT rights, capital punishment, abortion rights, and presidential authority in times of war have been contested by the ACLU and other civil rights organizations. As the nation’s highest-ranking law enforcement official, the attorney general is charged with protecting the rights of all Americans. In his confirmation hearings, senators, the media, and the American public should closely examine his stances on these key issues to ensure we can have confidence in his ability to uphold the Constitution and our laws on behalf of all Americans.”

Romero went on to question Trump’s choice for director of the CIA, Rep. Mike Pompeo. “Congressman Pompeo’s positions on bulk surveillance and Guantanamo Bay also raise serious civil liberties concerns about privacy and due process,” he said. “These positions and others merit serious public scrutiny through a confirmation process. His positions on mass surveillance have been rejected by federal courts and have been the subject of several lawsuits filed by the ACLU, including ACLU v. Clapper.”

“We strongly urge you,” wrote the representatives to Trump, “to rescind this appointment immediately and build a diverse White House staff who are committed to the core American values of inclusiveness, diversity and tolerance.”

The following is the full text of the Bannon letter signed by 169 US Representatives:

Immediately following your victory, many Americans were optimistic and hopeful that you would take the steps necessary to unify our country following the divisive and contentious election.  In your election night speech you said, “Now it’s time for America to bind the wounds of division.  It is time for us to come together as one united people.”  Unfortunately, your appointment of Stephen Bannon, whose ties to the White Nationalist movement have been well-documented, directly undermines your ability to unite the country.  As elected representatives of millions of Americans from diverse backgrounds, religions, and ethnicities, we strongly urge you to reconsider your decision to appoint Mr. Bannon to White House Chief Strategist.

Since the election there have been a number of incidents across the country in which minorities, including Muslim Americans, African Americans, Hispanic Americans, and Jewish Americans, have been the targets of violence, harassment and intimidation. Mr. Bannon’s appointment sends the wrong message to people who have engaged in those types of activities, indicating that they will not only be tolerated, but endorsed by your Administration.  Millions of Americans have expressed fear and concern about how they will be treated by the Trump Administration and your appointment of Mr. Bannon only exacerbates and validates their concerns.

As the Executive Chairman of Breitbart News, Mr. Bannon repeatedly and aggressively pushed stories that promote anti-Semitism, xenophobia, and racism. During an interview last summer, Mr. Bannon bragged that Breitbart was “the platform for the alt-right,” a movement that upholds White Nationalism while strongly rejecting diversity in any form. Under Mr. Bannon’s leadership, Breitbart has referred to a leading Republican who opposed your election as a “Renegade Jew,” suggested “Young Muslims in the West are a ticking time bomb,” declared that the “Confederate flag proclaims a glorious heritage,” and praised the alt-right as a “smarter” version of “old-school racist skinheads.”

We strongly believe that Mr. Bannon’s appointment will not allow the country to heal and come together as one. As one of your top advisors, the White House chief strategist will help set the tone for your administration. The person in this role must be prepared to serve the interests of all Americans, not those of a select few.

Once again, we strongly urge you to rescind this appointment immediately and build a diverse White House staff who are committed to the core American values of inclusiveness, diversity and tolerance.