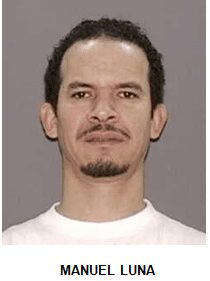 ALBANY – A Queens man was sentenced to 15 years in state prison on Friday Nov. 18 and fined $30,000 for a host of drug related crimes.

In July, 2013 the State Police, acting on an anonymous tip, stopped a vehicle on the Thruway in Bethlehem. They discovered a secret compartment containing a kilogram of heroin laced with fentanyl, according to District Attorney David Soares.

As a result of the traffic stop, a long-term investigation, headed up by the U.S. Drug Enforcement Administration, began that uncovered a multi-jurisdictional narcotics trafficking operation spanning from Mexico, to Florida, to New York City to Albany County and Buffalo.

On Sept. 30, a jury convicted a member of the drug operation, 51-year-old Manuel Luna, on charges of operating as a major trafficker, criminal possession of a controlled substance and conspiracy.

According to Soares, between April and July of 2013, Luna “operated as a major drug trafficker by knowingly possessing very large quantities of uncut cocaine and heroin in Brooklyn, the Bronx and the Town of Bethlehem, with the intent to sell them.”

The drug dealers would use stolen cars that contained secret compartments or gas tanks full of narcotics to transport their illegal wares.

Seven others are charged with similar crimes and their cases are pending.

A number of law enforcement agencies participated in the bust including the DEA and police agencies in Florida, Buffalo and New York City and the Capital District.