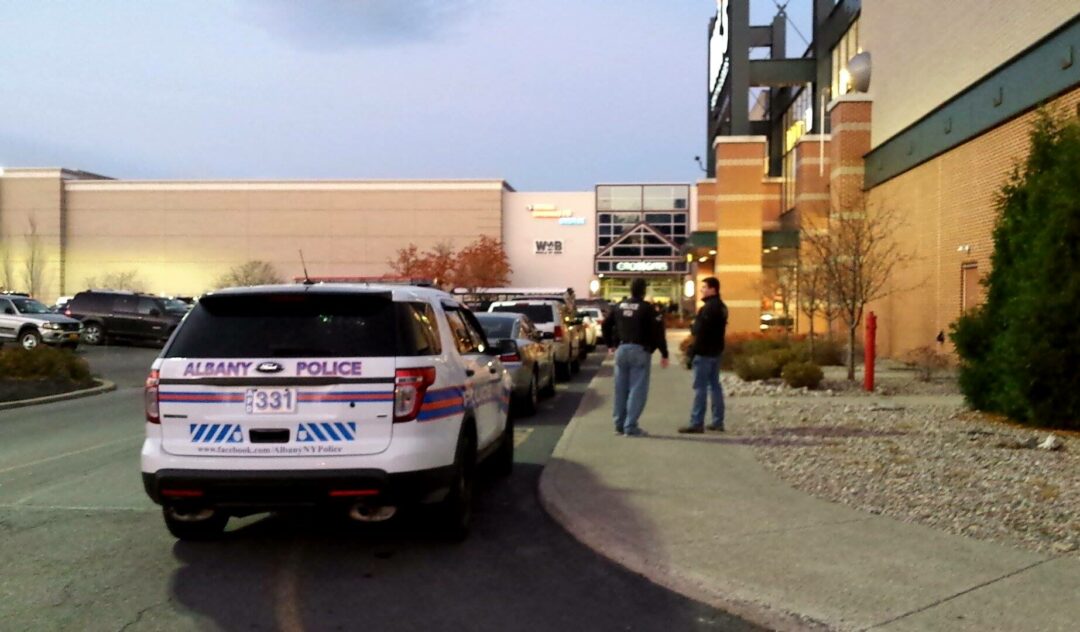 A pair of police officers stands outside the entrance to Dick's Sporting Goods at Crossgates Mall Saturday afternoon.

Police arrested 20-year-old Tasheem M. Maeweather and charged him with the felonies of reckless endangerment and criminal possession of a weapon.

Maeweather, of 474 North Pearl St. in Albany, was arrested by Albany and Guilderland police as well as members of the Alcohol, Tobacco and Firearms and the Albany Probation Department at a car wash in Albany.

He was arraigned in Guilderland Town Court.

GUILDERLAND — Police arrested a suspect for shooting a gun inside Crossgates Mall on Saturday.

Guilderland police are holding a press conference for 4:30 p.m. this afternoon.

More information about the suspect and the arrest will be made available at that time.

On Saturday, Nov. 12 at about 2:30 p.m., one shot was fired near the Apple Store. The mall was immediately locked down and people were evacuated – or locked in stores – as law enforcement from a host of agencies stormed the mall.

The shot was the result of an argument between two people in the mall, according to Police Chief Carol Lawlor. She stressed it was not an act of terrorism or someone taking random shots in the crowded mall. No one was hit by the gunfire.

Police were looking for a black man about 6-foot tall weighing 200 pounds.

On Saturday, two people were taken into custody but released without charges being filed.

Come on down! The Price is Right comes to Albany next April