Fahy easily wins a third term in the Assembly 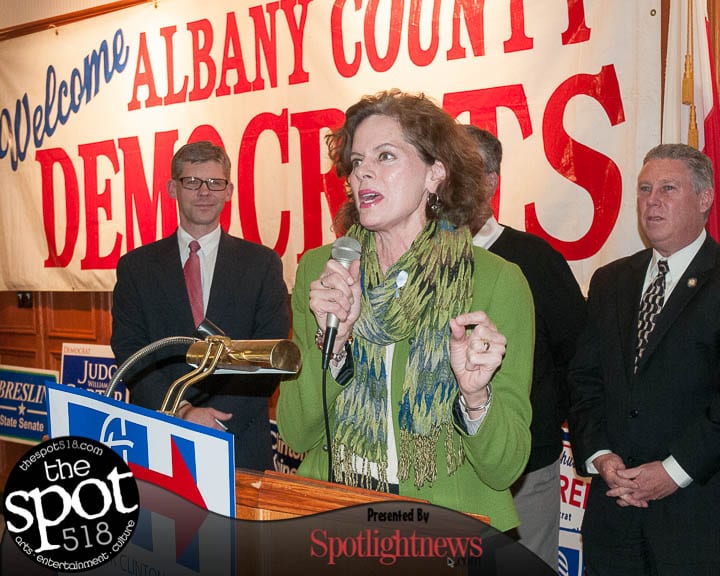 “I’m very pleased, I never take anything for granted. I’m very pleased the voters appreciate my hard work,” said the Democrat while at Polish American Citizens Club on Election Day. “I try to work my heart out, that is the only promise I make. I try to do the bread and butter issues and that is education and jobs and I try to be a voice especially for those who may not have one.”

In addition, she said, she plans to focus on infrastructure – water and sewer as well as roads and transportation in her 109th Assembly District – and local economic development which, she said, can go hand in hand.

“Not only because we need it, but because it also creates jobs,” she said.

Calhoun who ran two years ago, said this loss wasn’t as hard as the first one.

“I hope she continues to be a strong advocate for the environment but with our influence I hope she has heard our call for education and action with regards to removing toxic chemicals from our water and food supply,” Calhoun said, of Fahy. “We can no longer wait for ethics reform. They need to act now to end the LLC loophole with no more excuses.”

The 109th Assembly District includes the City of Albany and the towns of New Scotland, Bethlehem and Guilderland.

Veteran Next Door: Pathway to Wisdom