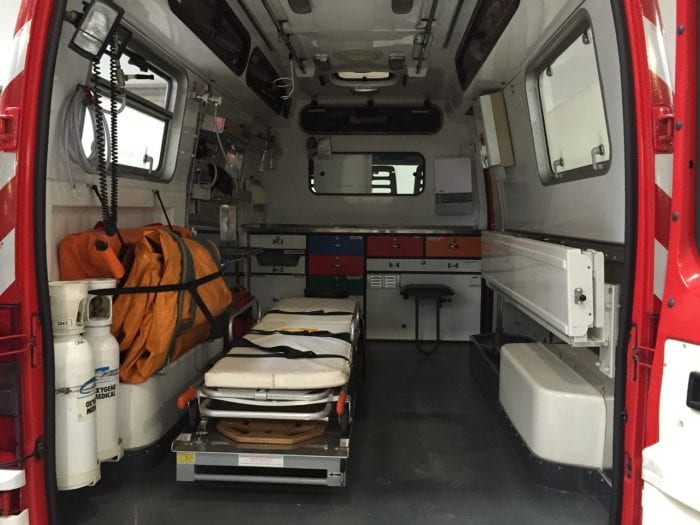 NEW SCOTLAND — On Oct. 15, Voorheesville’s non-profit emergency response unit closed after 64 years due to a lack of volunteers and began paying Albany County to take over services on nights and weekends. The county is expected to remain the primary agency going into next year, but Voorheesville Area Ambulance Service (VAAS) First Lieutenant Tom Smith said that they’re currently looking into partnership opportunities to create a hybrid paid/volunteer service in an effort to help save taxpayer money.

The Albany County Sheriff’s EMS squad already covered the area-comprising Voorheesville and Northern New Scotland on weekdays from 6 a.m. to 6 p.m., operating primarily out of Clarksville about ten miles out of the village. The sheriff’s office told the town that they could take over service until the end of the year, said New Scotland Supervisor Doug LaGrange, “for a cost that is similar to what we would have been paying Voorheesville.” That cost, which he conceded might increase somewhat, is currently split between the town and the village, approximately 61 percent to 39 percent, respectively.

“We’re working on agreements with anyone who will listen,” said Smith, who has been in talks with neighboring municipalities about potentially sharing volunteers or implementing other cooperative efforts, “We need to find an alternative that doesn’t take away from their primary mission, which is to provide quality EMS services to their own communities.”

The goal, he said, is to find a way to maintain the volunteerism aspect of the service. “One person volunteering one shift per week, 12 hours a week for a full year,” he said, “is a $12,000 cost avoidance to the community annually. Even if we only have a half dozen people supplementing another agency such as the county, then we would be saving the community taxpayer dollars.” Those are dollars, he said, that he would rather see going to senior or youth programs.

“We’re still trying to figure out how we can restructure,” he said. If they’re unable to find a solution soon, Smith said that they will have to move ahead with full dissolution of the village volunteer service. A lack of volunteers at Voorheesville, he noted, makes it difficult to “make a significant contribution” to services shared with another municipality.

VAAS has kept the town and city apprised of their increasingly untenable staffing issues in recent years, said LaGrange.  My predecessor, the village counsel and the mayor have all been working with them, trying to figure out what can be done. They even brought in a paid staff for a little while, to see if that would help.M

The town has seen volunteerism dwindle generally in recent years, but LaGrange noted that he tends to see more volunteering in rural areas than urban centers. He pointed to the town s other emergency response service, the Onesquethaw Volunteer Fire Companythe last volunteer combination Fire and EMS service left in Albany County and said that there had been concerns that they would soon be facing the same fate as VAAS.

“So we’ve had discussions with them and they’ve really put on kind of a full-court press to build their volunteers up and they’ve done an admirable job in the past year,” LaGrange said, noting that two volunteers have been re-certified and two new recruits have signed up and several more new recruits are going into new class.

“There are people out there who want to volunteer,” said Smith. “There just aren’t enough of them.” Families, jobs and other life obligations, he said, tend to get in the way. “It’s a pretty significant commitment to acquire and maintain your EMS certifications.”

The hope for Voorheesville, he said, is to keep the nearer VAAS location operational and maintain enough volunteers to supplement the county system and keep costs down. Smith and VAAS Captain Kate Odell may take some time off, however, after all the dust has settled. In addition to months spent attempting to save the EMS service, both had been working long weeks to ensure coverage with only ten remaining volunteers.

“The last year or so,” said Smith, “has been extremely difficult for both of us.a

Rolling along: Wheelchair-bound 10-year-old a member of Menands’ cross-country team