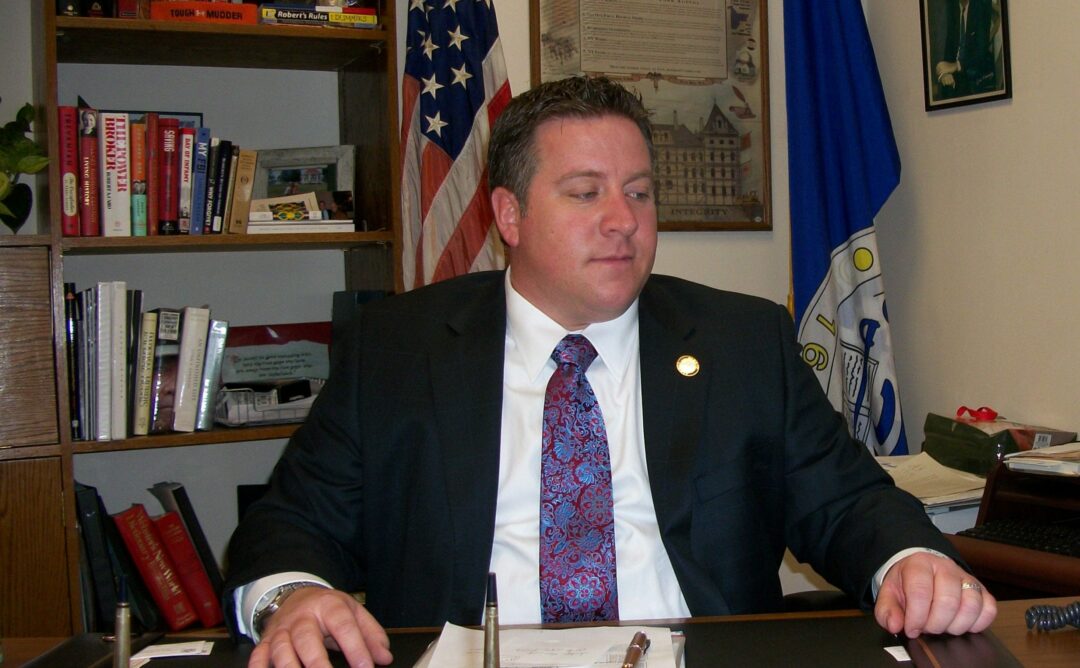 ALBANY COUNTY—At the Oct. 13 meeting of the Albany County Legislature, members voted to approve Albany County Executive Dan McCoy’s appointment of Judge Stephen Herrick as the county Public Defender, but never had a chance to decide on his choice for director of the Economic Development, Conservation and Planning Department.

After telling the legislature’s Personnel Committee the job was a dream come true in late September, Matthew Cannon withdrew his name from consideration before a vote could take place.

Typically, legislators are reluctant to challenge executive appointments, as those positions report to and serve at the pleasure of the county executive. In this case however, it seems the perceived lack of qualifications was something they were unable to overlook.

Acting Chairman of the Albany County Planning Board Dominic Rigosu, in a letter to McCoy, said the board met on Oct. 13 to review Cannon’s qualifications.

“The board has determined that the candidate does not appear to possess the professional training and experience in the field of metropolitan, regional, county or municipal planning as described in Section 1101 of Article 11 of the Albany County Charter,” wrote Rigosu. “Furthermore, the candidate does not appear to meet the minimum qualifications as listed in the job description…”

John Marsolais, director of the county Department of Civil Service, addressed a letter to McCoy’s Chief Counsel Christine Quinn, reading simply: “I have determined that he does meet the qualifications for the director of Economic Planning, Conservation and Planning position.”

Legislators on both sides of the aisle appeared dissatisfied with, if not confused by, McCoy’s appointment. Several mentioned a former relationship the two men had through Gramercy Communications, where Cannon worked twice and had at least some dealings with McCoy’s previous campaign efforts.

That being said, he continued, “I really feel that the county executive should have his choice of appointments, because we do hold him responsible for how well he does, but who are we kidding?” He mentioned that McCoy has said that it has been hard to fill the position—which has been vacant since 2013—because the $120,000 budgeted salary isn’t attractive enough. “I have a hard time believing that,” said Grimm.

During his interview with the Personnel Committee, Cannon said that he believed his connections and experience would allow him to bring and keep businesses in Albany County, an opinion that has been echoed by McCoy. Skeptical legislators, however, pointed out that the job is larger in scope than that would imply. In addition to economic development, the position would also oversee conservation and planning efforts. Furthermore, the director would be doing the job with a one-person support staff.

According to at least one county employee, in the past, the bulk of the activities carried out by that department have focused heavily on conservation and planning—and the economic development role was primarily a “ministerial” one, supporting efforts made by cities and townships within the county. To implement a hands-on economic development program could potentially cause tensions between the county and local municipalities.

“My vision for an economic development director for Albany County is to find someone to effectively market the county to attract businesses and show them what the county has to offer,” said McCoy in a prepared statement, after abruptly cancelling an interview to discuss the topic. “That is why I nominated Matt Cannon for the position. He has extensive marketing experience, has worked in state government and is familiar with the legislative process and has managed multiple clients of Fortune 500 and start-up companies working on their marketing and public affairs.”

McCoy declined to answer questions about his vision for the future of the department. His office said he will be holding a press conference in coming weeks to go over his plans for a “cultural and economic development fund,” for which he included $250,000 in his proposed 2017 budget.

Home for the Holidays