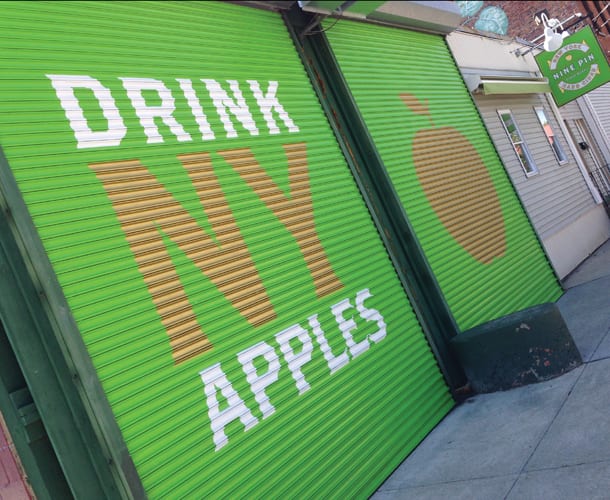 Nine Pin Cider Works, New York’s first farm cidery, will announce the completion of their $500,000-plus expansion project on Thursday, Oct. 5. The project, which was made possible through funding by Empire State Development via the Capital Region Regional Economic Development Council, included the installation and fit-up of seven 6,000-gallon fermentation tanks – the largest in the Capital Region – and a full-scale renovation and expansion of the cidery’s tasting room.

Nine Pin, which opened in February of 2014, is now served in more than 1,000 bars, restaurants, and retail locations in New York and Massachusetts. It was recently named as one of the launch products for a new partnership between Taste NY and Amtrak.