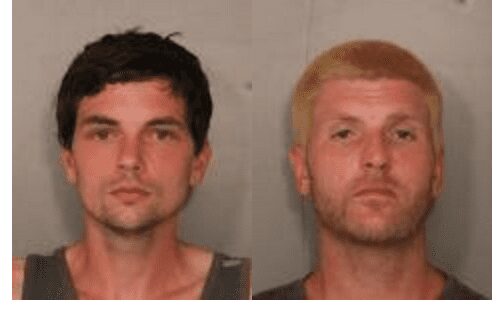 BRUNSWICK – Two men were arrested for stealing diapers from Walmart.

According to the State Police, a trooper spotted Donald D. Daniels, of Clifton Park, and Scott A. Monroe, of Watervliet, pushing a shopping cart full of diapers down Hoosick Road.

He stopped to question the pair and they admitted stealing the diapers from the Brunswick Walmart.

They told the trooper they were walking to Troy to sell the stolen diapers.

The two are charged with petit larceny and criminal possession of a controlled substance – Monroe had cocaine and Daniels had heroin.

Daniels was also charged with criminal impersonation for giving the trooper a fake name. He was later identified after troopers took his fingerprints.

The two were arraigned in the Town of Brunswick Court and remanded to the Rensselaer County Jail on $250 bail.